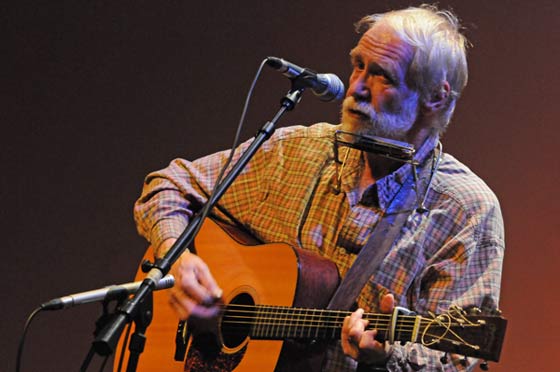 At 59, Maine native David Mallett has had quite the career. Inspired by Gordon Lightfoot and Bob Dylan to pick up the guitar, it was Noel Paul Stookey of Peter, Paul & Mary fame in the 1970s who mentored him as he wrote one of the great songs of the lexicon of American folk music, “The Garden Song,” a classic that’s been recorded by Pete Seeger, among many others.

Through out the ensuing years Mallett would go on to write important songs for the likes of Arlo Guthrie, Emmylou Harris, Hal Ketchum, and yes, even the Muppets – hey, remember that Kermit, Ms. Piggy and the gang have been international superstars for over 30 years!

Mallett is truly a singer-songwriter’s songwriter. But he’s also a great performer whose songs conjure vivid visions about rural town life, the passage of time and the common man – songs about everything from from the drudgery of factory life to the hard life of a commercial fisherman.

On Saturday night at The Linda, the audience basked in the wonder and beauty of David Mallett’s passionate songs, drawn from over 30 years of performing. The songlist was culled mostly from his newest release “Ambition.” But he also prominantly highlighted “The Fable True,” a labor of love for which Mallett composed the music to words from Henry David Thoreau’s book “The Maine Woods,” based on Thoreau’s visit to the state well over a century ago.

Mallett’s soothing tenor, acoustic guitar and Mike Burd’s electric bass brought it all together for a fabulous night at The Linda. 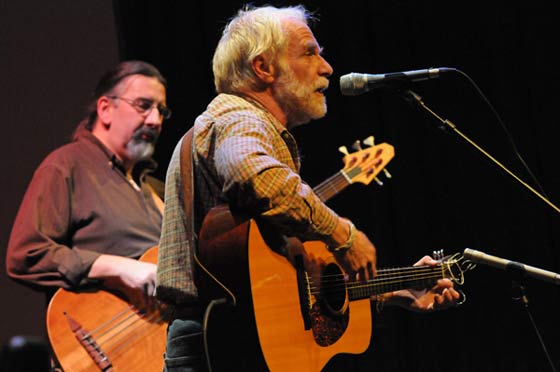