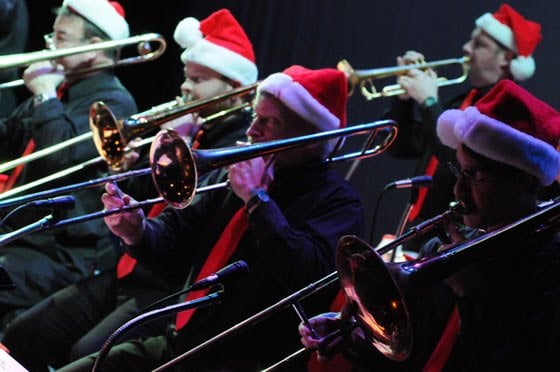 The Joey Thomas Big Band rolled into The Egg in Albany to present a special holiday show, “A Sinatra Christmas.” Celebrating the 94th year of Sinatra’s birth on his birthday (December 12) and featuring the magnificent voice of singer Bob Father, the Joey Thomas Big Band covered a big bag full of the crooner’s greatest hits. Along with “My Way,” “New York, New York” and other others, a half-dozen Christmas tunes filled the Hart Theater with the sheer joy of Frank Sinatra’s memory for the 400 or so fans in attendance.

As Bob Father during the show, the intent of the ensemble was not to mimic the late great singer’s vocal style and big band numbers, but rather to celebrate the wonder of who was Sinatra by performing his music and best known melodies. If you closed your eyes and listened hard, you’d swear that Sinatra was there that afternoon in Father’s delivery and vocal style. On certain songs, it was simply uncanny. If this was the 1950s, Bob Father would be right up there with Sinatra’s musical children – Perry Como and Andy Williams. He’s that good.

Review and photos by Andrzej Pilarczyk. Click here to see more of Andrzej’s photos from this show. 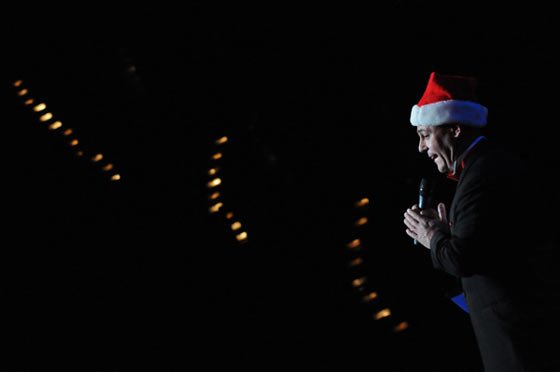