Christine Lavin, What Was the First Album You Ever Bought? 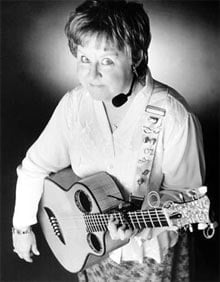 “I remember the first single that I bought. It was ‘By the Time I Get to Phoenix’ by Glen Campbell. It’s a great Jimmy Webb song.

“But the first album that I ever bought was by Laura Nyro, I think. It wasn’t her very first album, but it was ‘Eli and the 13th Confession.'”

A former waitress at Caffe Lena, singer-songwriter Christine Lavin returns to the Saratoga Springs coffeehouse on Sunday (January 3) as the headline performer.

Alex Steinweiss And The Birth of Album Cover Art