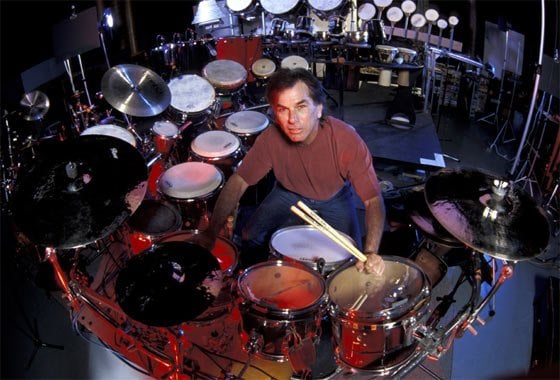 After years of playing Drums>Space with the Grateful Dead, drummer Mickey Hart is finally putting the two elements together.

Grateful Dead percussionist and Grammy Award winner Mickey Hart is bringing his “Rhythms Of The Universe” presentation to Nobel Prize winning physicist George F. Smoot‘s conference, “Essential Cosmology for the Next Generation,” in Playa Del Carmen, Mexico. The conference – which runs through Friday (January 15) – is being attended by cosmologists and astrophysicists from around the world.

While working individually on very different careers, Mickey Hart and George Smoot have both been wondering what the planets, the stars and the universe might sound like. Their mutual curiosity eventually brought them together to explore the possibilities.

Hart has been working on converting light and electromagnetic waves collected throughout the universe into music that leads back to the sound of the “Big Bang,” the singular event 13.7 billion years ago that blew us into creation.

Hart says, “I knew sooner or later I would have to hear and play with the sound of the ‘Big Bang,’ beat one, the beginning of time and space … this is where we came from.”

Hart and Smoot began discussing Hart’s project that focused on “musically playing with the fabric of the universe” – a coming together of science and art. And utilizing the latest techniques in sound, they will present their finding at the conference on Wednesday (January 13).