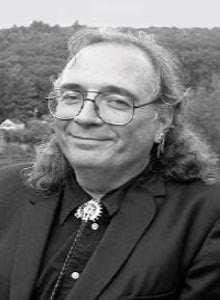 1. THE FIRST ALBUM I EVER BOUGHT WAS … I think “Hey Jude” as a 45 was my first record, with the green Apple label. I think “Revolution” was the B-side. Bought at Byhoff’s Records on Myrtle Avenue in Ridgewood, Queens. (I think I kept that store alive for YEARS!!!!)

2. THE FIRST CONCERT I EVER SAW WAS … Procol Harum at Queens College auditorium. Sat right in front of the left speakers…couldn’t hear for days. Fell in love with the tune “Salty Dog.”

3. THE FIRST INSTRUMENT I EVER OWNED OR PLAYED WAS … a Konrad guitar. My mom gave me $50 for Christmas when I was 16 or 17. It must have felt like $500, as we had NO money at the time. Went down with my brother (who also got $55…not sure why he got $5 more…we laugh about that to this day) to Manhattan…Sam Ash. Looked in Manny’s first, way too expensive. That guitar, which was not a very good instrument, really, was everything to me. Practiced 3 hours EVERY day. Never dated, just played. That gift from my mom totally changed my life, and I can never, EVER, repay her. I left the guitar in Eileen’s house basement for too long, and it warped. I threw it out. I should have kept it as a memory, but I have those in my head.

4. THE FIRST SONG THAT I EVER PERFORMED IN PUBLIC WAS … My brother taught me 4 or 5 chords, then I went to work. Wanted to play like Jim Croce, but his stuff was too hard at the time. So it had to be a John Denver 3-chord special, maybe “Leaving on a Jet Plane.” Not sure where the first gig was.

5. THE FIRST BAND I WAS EVER IN WAS … Was never in a formal band. The closest I get is Frank and Friends, but that’s just gig by gig…no formal line-up. I love the freedom of being a solo, and could never do the band thing…too confining, too many interpersonal issues. But it does teach you to get along. I have mostly been a lone wolf.

Singer-songwriter Frank Jaklitsch criss-crosses Nippertown on his “Frank Turns 55 Birthday Tour.” Not only is he celebrating his 55th birthday, but he’s also throwing a party for his 13th album – the brand new “Some Hearts.” You can catch Jaklitsch in the spotlight at the Bread & Jam Cafe in Cohoes (at 7pm Thursday, January 14), McIntyre’s in Watervliet (6:30pm Friday, January 15), Caffe Lena in Saratoga Springs (8pm Saturday, January 16) and the Ancient Order of Hibernians Hall in Albany (5pm Sunday, January 17). Happy birthday, Frank!