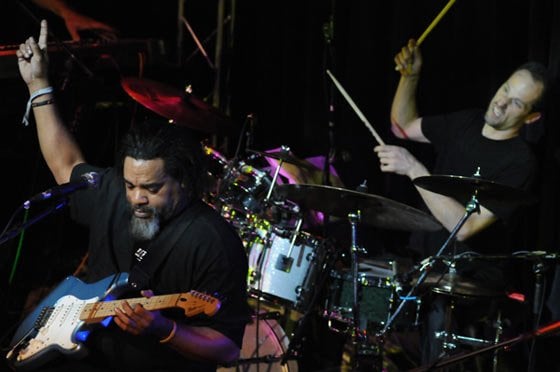 An off-shoot of a Zappa birthday celebration in the New Jersey basement of guitarist Andre Cholmondeley, Project/Object has carried on Zappa’s musical legacy. Not only was Project/Object among the very first Zappa tribute bands, but, as Cholmondeley pointed out at Revolution Hall in Troy on Saturday night, they’re the only tribute band “with actual ingredients.”

“Accept no substitutes,” chimed in vocalist-guitarist Ike Willis, himself a decade-long veteran of Zappa’s bands.

With the recent revival and blossoming of interest in Zappa’s music through his son Dweezil Zappa’s concerts leading the Zappa Plays Zappa band, it’s easy to forget that Project/Object has been preserving and presenting the extraordinary work of Frank Zappa for more than 15 years.

With Cholmondeley at the helm, Project/Object has welcomed a wealth of Zappa alum into its fold for tours over the years – featuring such various musicians as Don Preston of the original Mothers Of Invention and stretching all the way to Ed Mann from Zappa’s last aggregation.

Ike Willis, of course, was the notable other voice on Zappa albums and concerts going way back to the 1976 monumental Halloween 1976 appearance on “Saturday Night Live” and the subsequent album release from that date “Zappa In New York.” Willis was also there for “Thing-Fish,” “Joe’s Garage” and “Tinseltown Rebellion,” among many others throughout the 1980s.

But Willis – seated front ‘n’ centerstage at Rev Hall – was only half of Saturday’s “actual ingrediants.” Seated just to his right onstage was guitarist-vocalist Ray White, an eight-year veteran of Zappa’s maniacal musical menagerie.

Zappa’s rhythm guitarist and another notable voice, White was a key factor in the ensembles that made such albums as “Jazz From Hell,” “The Man From Utopia” and “You Are What You Is” shine.

On Saturday night, the band served up two long and musically demanding sets that not only featured a number of Zappa’s best known works – “I Am the Slime” was a particular crowd-pleaser, of course – but also some complex, deep-catalog nuggets, such as “Charlie’s Enormous Mouth” and “Pick Me, I’m Clean.”

At Rev Hall, Project/Object – which also featured the steaming talents of bassist David Johnsen, drummer Jim Ruffi and keyboardist Eric Svalgard – flawlessly traversed the intricate musical landscape of the Zappa songbook, ably aided and abetted by the tandem of Willis and White and often accompanied by the spontaneous vocal support of the hundreds of fans that packed into the hall.

Photographs and review by Andrzej Pilarczyk. See more of Andrzej’s photos from this show at our Flickr photoset. 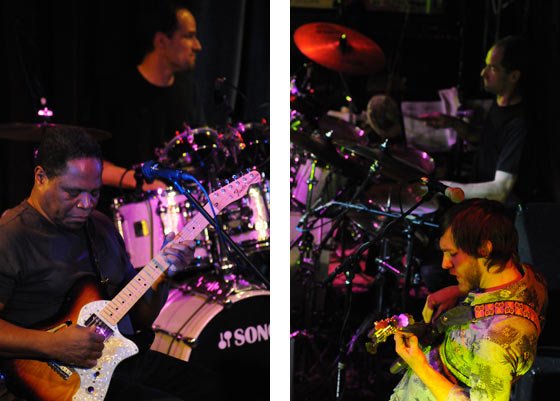 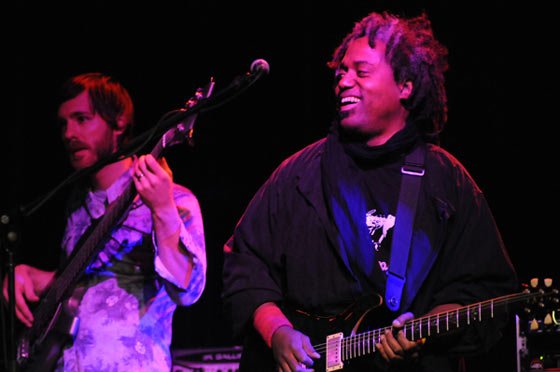