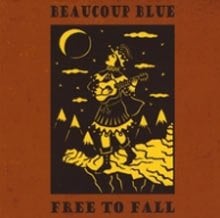 The father-and-son combo certainly ain’t your standard musical line-up, but this generation gap-spanning twosome of guitarist-vocalists David and Adrian Mowry is probably the coolest dad-son duo since the Spanic Boys first fired up their guitars.

Though rooted in the blues, these Philly-based acoustic guys are by no means traditionalists. They’ve amped up their sound on this, their third album, with a rhythm section – upright bass, drums and on a couple of tunes keyboards, too.

They also feature some special guests, including jazz-pop vocalist Melody Gardot (who chimes in on the slinky soul ballad, “Bluer Than the Midnight Sky”) and Americana trio Red Molly (on the pointed “Oh America” and the CD’s Fats Domino-inspired New Orleans R&B-styled title track).

Despite some first-rate contributions, the Mowrys are the heart ‘n’ soul of this disc. Not just because they penned all of the fine tunes here (well, OK, they adapted the classic “Hestitation Blues”), but because their sublime vocals give them a whole-is-greater-than-the-sum-of-its-parts full sound. And dad David’s slide guitar work is simply superb throughout.