LIVE: Gandalf Murphy & the Slambovian Circus of Dreams @ the Eighth Step at Proctors, 1/9/10 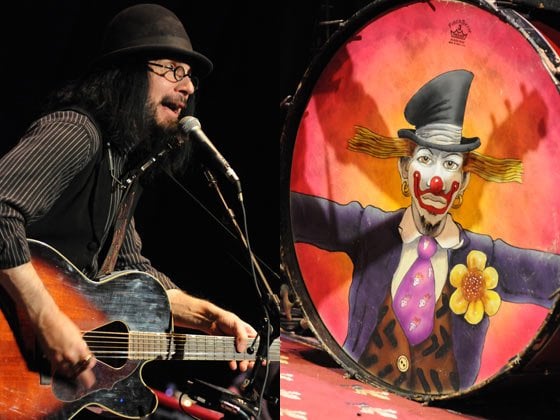 Gandalf Murphy and the Slambovian Circus of Dreams is an ensemble of talented musicians that simply defies musical categorization. They expertly weave rock and roll, electric blues, roots Americana, folk, country and even psychedelic rock, ala early Pink Floyd, into their performances.

Since forming in the late 1990’s in Sleepy Hollow, the principal line-up of guitarist-vocalist Jozian Longo, guitarist-mandolinist-vocalist Sharkey McEwen, accordionist-cellist-vocalist Tink Lloyd and drummer Tony Zuzulo has criss-crossed the country performing their unique brand of music and picking up legions of fans along the way.

The Friday night concert was Gandalph Murphy and the SCoD’s second Eighth Step @ Proctors performance in as many years, and a large group of fans braved a cold, chilly night to be transported into an imaginary and eclectic world where they were continually mesmerized by the band’s humor, musical virtuosity, captivating lyrics and memorable melodies.

Most selections of the evening’s repertoire were drawn from the group’s 2008 album “The Great Unravel” and the 2-CD set “Flapjacks From The Sky,” both on High Noon Records.

Photographs and review by Andrzej Pilarczyk. See more of Andrzej’s photos from this show. 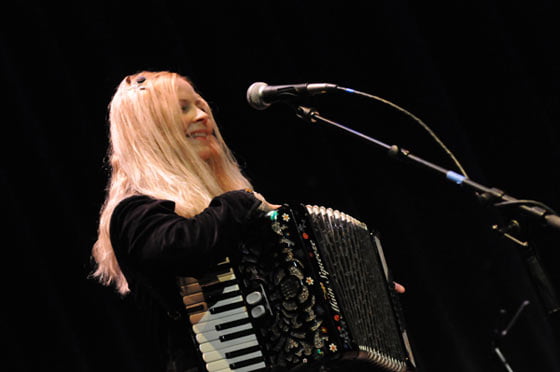 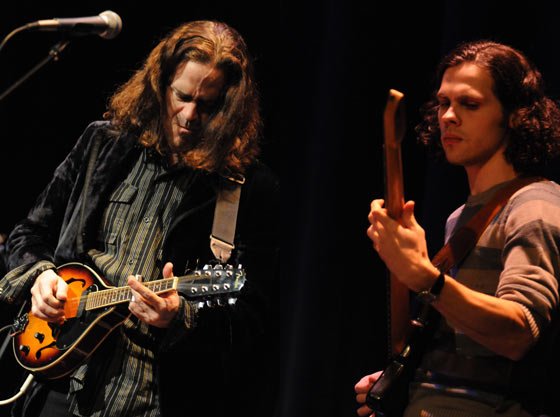