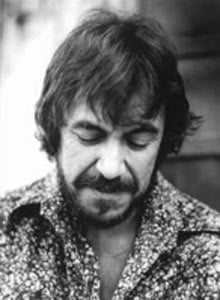 He never was a big star, but often overlooked and underappreciated Bobby Charles sure had big talent.

The Louisiana singer and songwriter was an important contributor to the birth of rock & roll, penning such hits as Bill Haley & the Comets‘ “See You Later, Alligator,” Fats Domino‘s “Walking to New Orleans” and Clarence “Frogman” Henry‘s “(I Don’t Know Why I Love You) But I Do.”

Charles’ own recordings were far too few, but they are worth searching out. Whether singing pop, rock, Cajun, R&B or country music, Charles imbued every song he sang with deep, rich undeniable Louisiana soul.

Surprisingly, Charles didn’t make his album debut until 1972, but that self-titled album – co-produced by the Band’s Rick Danko – is a stunning, under-rated collection, featuring our favorite of Charles’ tunes, “Small Town Talk,” as well as “Street People” and “I Must Be in a Good Place Now.”

Stories From a Bar #48, Alex Magnan of Young Culture

The Big Takeover / What?

Playing for a culture, ‘Kingfish’ Ingram has earned the…