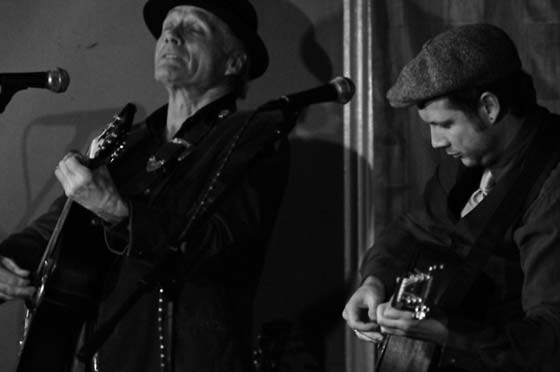 Whether singing and playing acoustic blues, country, bluegrass, folk songs, jazzy R&B or ’60s soul, the Philadelphia-based duo made it all sound so authentically timeless.

David’s percussive approach to the acoustic guitar and his screaming-slide virtuosity on the resonator guitar blended perfectly with his son Adrian’s more melodic and intricate finger-picking style.

On every style of music, their voices smoothly complemented each other – Adrian’s mid-tones soaring into the alto register while his father’s more soulful-bluesy tenor reached down into the lower notes.

That night at Caffe Lena singer-songwriter Trina Hamlin opened the show with her emotionally charged and blues-drentched vocal delivery of a half-dozen originals. And weilding a harmonica, she also joined Beaucoup Blue on for a turbo-charged encore in front of a packed house. 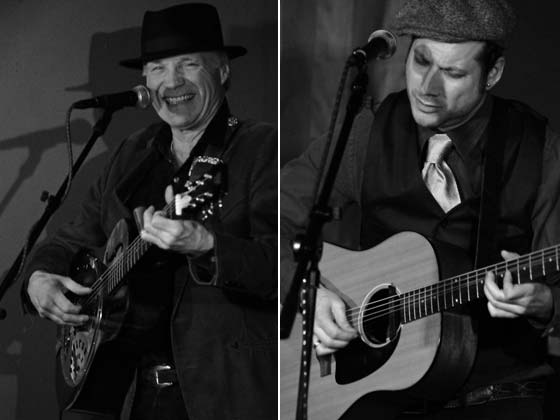