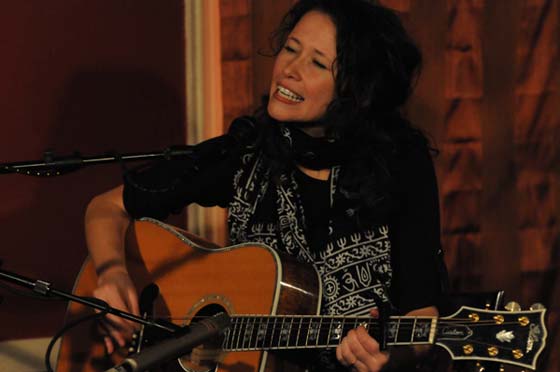 Armed with a guitar and mandolin, Sarah Lee Guthrie glanced at her guitar-toting husband Johnny Irion and on the silent count of four launched into a magical Caffe Lena evening of traditional folk music with a contemporary pop blend of country, bluegrass and acoustic blues.

In the cozy Saratoga Springs coffeehouse, Guthrie’s warm and endearing vocal delivery fit hand-in-hand with Irion’s slightly edgier approach as they harmonized or sang solo through two-sets packed with catchy self-penned songs, a few traditional numbers and, of course, several gems written by her father Arlo and her grandfather Woody. Yes, that Woody Guthrie.

Much of the material that the twosome performed came from their latest recordings: “FolkSong” (a live CD/DVD set on RTE 8 Records) and “Waggaloo” (a children’s music collection featuring Arlo Guthrie, Pete Seeger and Pete’s grandson Tao Rodriguez Seeger, which was recently released on Smithsonian Folkways).

Evoking the memory of the cornerstone partnerships of modern folk playing – Woody Guthrie and Pete Seeger, for example – the couple’s stellar performance before a sold-out house attested to the fact that “the apple never falls far from the tree”…or in this case, the orchard. 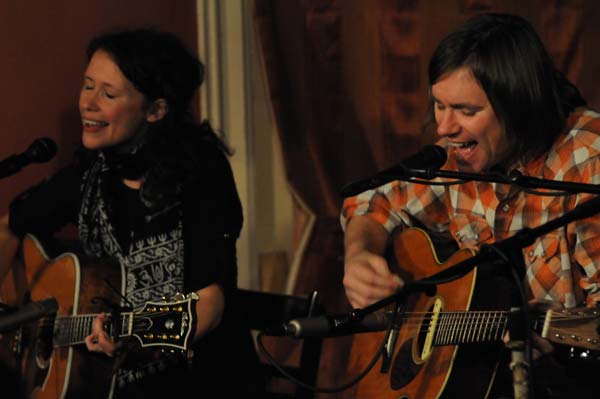 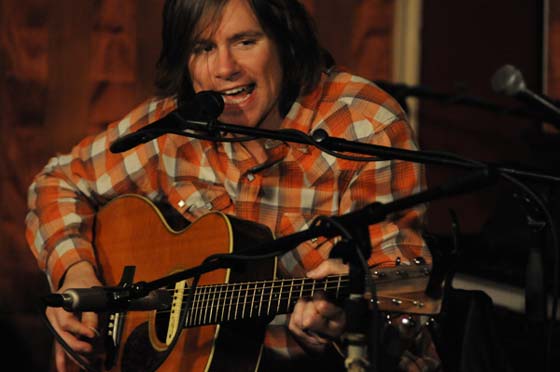