By Greg Haymes On Feb 9, 2010
Share
Remember the story of Goldilocks and the Three Bears? She wandered into the three bears’ home and tried the bowls of porridge left on the table. The first was too hot. The second was too cold. And the third was just right.

The 600-seat Helen Filene Ladd Concert Hall is a site to behold: comfortable seats, light-stained wood trim (including the stage) and marvellous acoustics. As you gaze from the seats toward the stage, you see behind it a huge floor-to-ceiling and side-to-side glass wall offering a view of the campus’ South Park trees and grounds. It’s simply breathtaking.

At a cost of over $32.5 million, the complex of practice rooms, classrooms, studios, offices and another small, 90-seat hall looks like a normal campus brick and mortar building. However, one step into the Zankel puts you into another dimension with its simple beauty.

The grand opening of the Zankel took place on Friday afternoon (February 5) with very little fanfare – the hall spoke for itself, seducing everyone there into wonderment.

Thomas Denny, Professor and Chair of the Department of Music at Skidmore College, and Charles V. Belson, Managing Principal of Belson Design Architects, spoke and answered questions from the media at the opening.

Admission to the new facility is not always free, but it’s still very reasonable. Tickets are available online here, and a complete schedule of events can be found here.

Upcoming events at the Zankel include the Brazilian Guitar Quartet offering an all Villa-Lobos program on Sunday, February 21 and a free concert by the reknowned Klezmatics on Thursday, February 25.

Story and photographs by Andrzej Pilarczyk 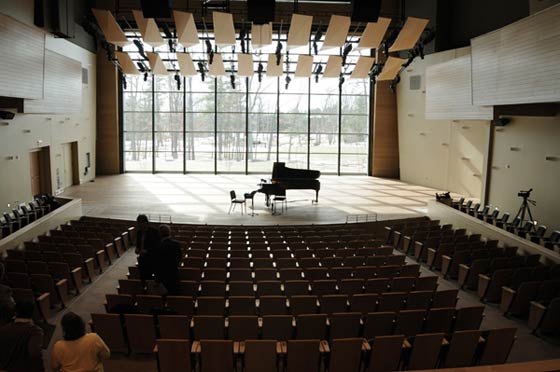 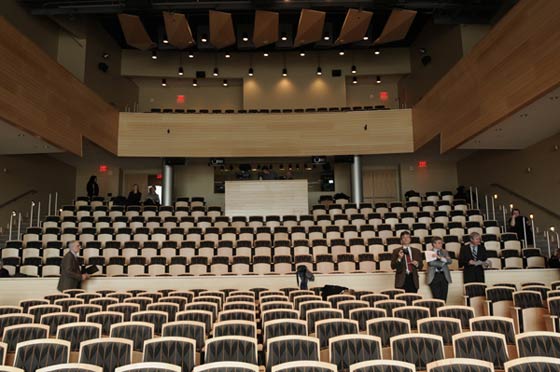 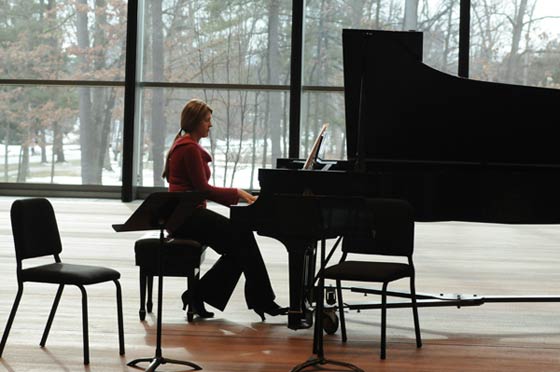