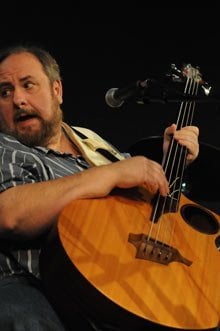 Yesterday, we ran Andrzej Pilarczyk’s story about the Boston-based roots-Americana band Jo Henley. Today, we present a follow-up interview with Saratoga Springs’ own bass master Tony Markellis, who played on the new Jo Henley album and is currently out on the road playing bass in Classic TAB (Trey Anastasio Band).

Q: “Inside Out” is the second Jo Henley album you played on. What got you interested in both projects with the band?

A: Although they’re based in Boston, they were recording “Sad Songs and Alcohol” in Schenectady, where Andy (Campolieto) grew up. They happened to be between bass players at the time and were kicking some names around. The engineer (who I had worked with before) mentioned to them that I lived in the area.

It turns out, they were fans of mine from my work with Trey Anastasio. They sent me some songs to listen to, and I loved what I heard. Not only did I record with them, but I also started playing out with them whenever I could.

I’m really glad you’re doing an article about Jo Henley because they’re great guys and deserve whatever attention they can get.

I hope The current CD “Inside Out” gets a lot of airplay. My good friends Russ Lawton and Ray Paczkowski, with whom I play with in the TAB (Trey Anastasio Band), joined us on this date, and the result was just great. The CD has got good solid songs that are all well played. What more could you ask for?

Q: How much latitude did you get to create the bass parts in the studio or were the parts just handed to you by the band?

A: They allowed me to play what I thought was right.

Q: You’re currently touring with Trey Anastasio. You also play with No Outlet (with Kevin Maul and Dale Haskell), Michael Jerling, Bob Warren, the Burns Sisters, Kilimanjaro and the Unknown Blues Band. You played for several years with Sarah Pedinotti as part of her band. All these bands have different styles of music. Is it easy for you to shift gears between the groups? What do you credit – or are the keys – to your success being the number one go-to bass player in the region?

A: In the thirty-eight years I’ve been playing professionally, I’ve been fortunate to get the opportunity to play with an unbelievable variety of artists, many of whom live right here in the area.

I’m comfortable in enough different styles that I thrive on variety. Adaptability is what it’s all about; the style of playing I might utilize with a thundering five-horn jam band at Bonnaroo is nothing like what I would play in a duo with a songwriter at Caffè Lena. I think what keeps me working is that I’m always aware of the difference.

Previously: Who is Jo Henley?

Interview and photographs by Andrzej Pilarczyk 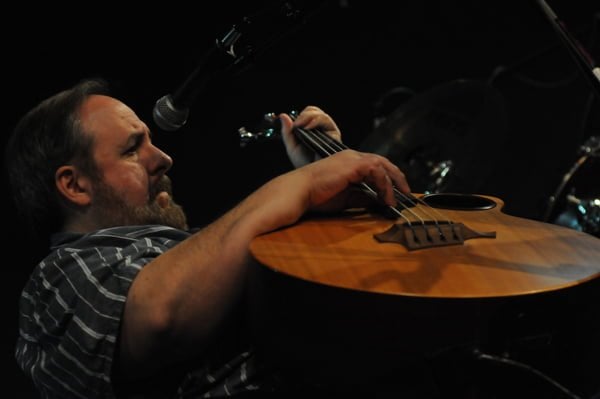