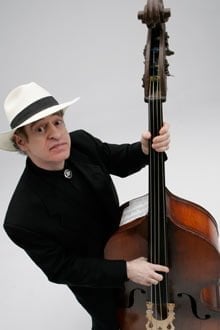 1. THE FIRST ALBUM I EVER BOUGHT WAS … “Meet The Beatles”…unforgettable, neuron-shaking music…the perfect album cover, and I wore out the grooves. Still have it somewhere…I also remember the first time I heard “I Want To Hold Your Hand” coming out of the radio upstairs at my friend Johnny Small’s house. The transistor radio seemed to levitate.

2. THE FIRST CONCERT THAT I EVER SAW WAS … Bob Dylan and the Hawks (soon to become the Band), Kleinhan’s Music Hall, Buffalo, NY, Fall of 1966…Dylan just went electric at Newport Folk Fest that summer with the Paul Butterfield Blues Band. The first set he was the earnest folk hero that people worshipped, then he brought on the Band, and they rocked. All of a sudden, there was a person or persons hitting cowbells in various parts of the theater and yelling for him to go back to his acoustic music. He had betrayed the Folkies!

4. THE FIRST SONG THAT I EVER PERFORMED IN PUBLIC WAS … “Rag Mama,” a cover of a cover that the Jim Kweskin Jug Band had covered from the 1920s.

5. THE FIRST BAND I WAS EVER IN WAS … The Zing Kings Jug Band. I played in this band in high school. It was one step above Nerd-dom, but we were the toast of the teenage coffeehouse circuit.

Don Dworkin and the rest of Doc Scanlon’s Rhythm Boys will be joined by guest vocalist Colleen Pratt and the Saratoga Savoy Swing Kids for “A Winter Eve’s Swing Soiree” at The Linda in Albany at 8pm on Friday.