Last Saturday night, The Linda in Albany commemorated the 51st anniversary of the “The Day the Music Died” with a Winter Dance Party concert.

In the midst of a thunderstorm on that fateful day (February 3, 1959), legendary 1950’s rock and roll icons Buddy Holly (“That’ll Be The Day,” “Peggy Sue”), Richie Valens (“La Bamba”) and the Big Bopper (“Chantilly Lace”) lost their lives between concert dates, as their small airplane crashed in Clear Lake, Iowa.

What better way to pay tribute to these legends than with Johnny Rabb – who has kept the flame of 1950’s rock ’n’ roll alive in Nippertown for more 30 years – at the microphone. In front of a large and appreciative audience, Rabb led a group of like-minded music veterans – including the father-and-son guitar tandem of John and Graham Tichy, bassist Jim Haggerty and drummer Pete Vumbaco – in an anniversary bash that captured the true energy and joyous spirit of rock’s early golden days. 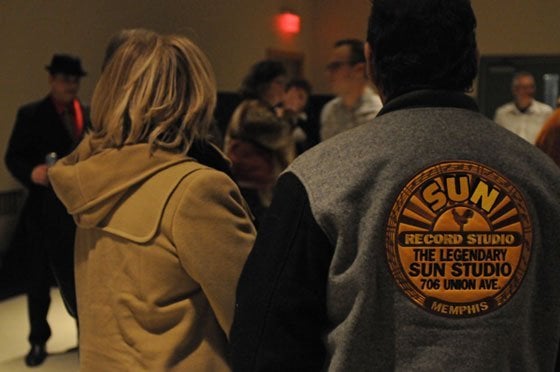 Radio Report: Jumpin’ Off The Bridge