Rosanne Cash, What Was the First Album You Ever Bought? 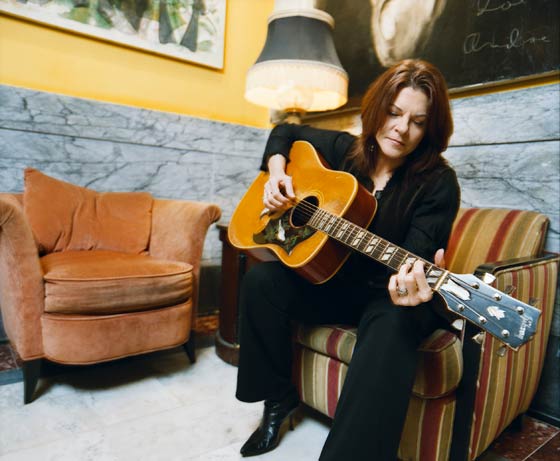 “I believe my first LP that was all mine was ‘Meet the Beatles.’ It changed my life, and I scratched it to death. Then followed many albums that I asked my parents to buy for me, mostly Beatles.

When we mastered ‘Seven Year Ache,’ it was the first time I had seen a master disc cut on the lathe. We mastered it a few days after John Lennon died, and in the matrix of the mother disc, I scratched, ‘Goodbye, John.’ The first 250,000 copies of that album have the message in the matrix. That was real record-making.

But now that I think about it, the first record that I paid for with my own money was Thunderclap Newman. ‘Something in the Air.’ Remember that one?”

Singer-songwriter Rosanne Cash brings her band to The Egg in Albany at 8pm on Saturday (February 27), in support of her latest album, “The List.” Jenny Scheinman opens the show.

Red Lions in the Orchestra