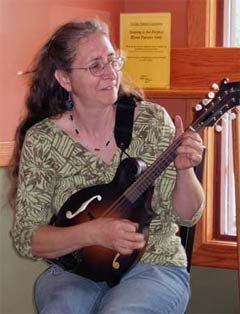 1. THE FIRST ALBUM I EVER BOUGHT WAS … “Tapestry” (Carole King)

2. THE FIRST CONCERT THAT I EVER SAW WAS … Sly and the Family Stone at Madison Square Garden

3. THE FIRST MUSICAL INSTRUMENT I EVER OWNED OR PLAYED WAS … an upright grand piano that I still own.

4. THE FIRST SONG THAT I EVER PERFORMED IN PUBLIC WAS … My first song for pay was “Bridge Over Troubled Waters” played at a wedding.

5. THE FIRST BAND I WAS EVER IN WAS … an unnamed blues band/sometimes wedding band – then General Eclectic

Deb Cavanaugh teams up with her partner Dick Kavanaugh to become – that’s right, you guessed it – Cavanaugh & Kavanaugh for a family-friendly (ie, bring the kids) show at the Perfect Blend in Delmar from 11am-1pm on Sunday.