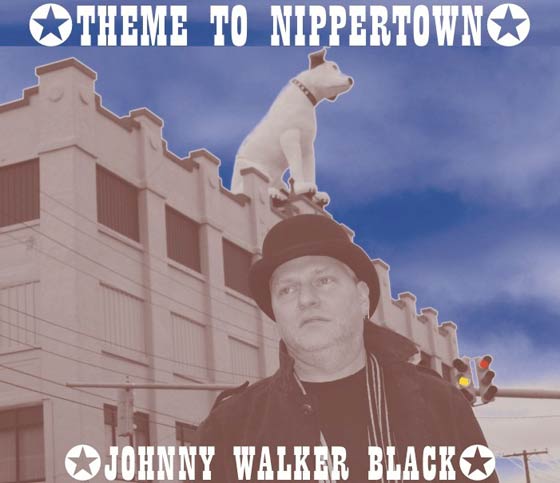 So over the weekend, we walked out to our email box and discovered that the fine folks at Driving Rain Music had entered another song into Albany’s musical theme canon.

Not only that, but the song by Johnny Walker Black is titled “Theme to Nippertown,” which just makes us oh-so-proud.

So, here it is, available for free download and/or streaming, “Theme to Nippertown.”

And below you’ll find a copy of the press release that accompanied the song:

Younger than Ernie Williams but taller than Paul Bunyan, troubadour, pan-handler, cult artist and urban legend Johnny Walker Black sings about the city of which the streets he calls home… Nippertown!

Accompanied by his guitar, organ and dog Sam, Johnny recorded this demo during one early morning session, in an attic studio in Scotia, NY, for “lunch money” and bus fare back downtown.

Produced by Memphis bluesman Luther Hamilton and his sidekick, studio veteran Elmo Lewis, “Theme To Nippertown” is an ode to the city of Albany, NY -a tune that the people of the Capital Region can sing along to… rejoice in… and rally behind. It is JWB’s hope that the song also helps boost the tourism and economy of the dark underbelly and seedy nightlife of the town in which “he lives and where he will die”!

DRIVING RAIN MUSIC: Rock & Roll Since 1979 – Building Our Own Legends One Myth at a Time