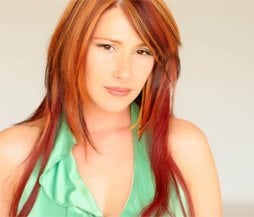 Two years ago, Albany’s landmark gay nightspot, the Waterworks Pub, celebrated its 25th anniversary with a performance by the former teen pop star Tiffany. Now the Miley Cyrus of the Reagan era – or was that the Britney Spears? – is returning on Friday to kick off the 40th anniversary celebration of the Capital District Gay and Lesbian Community Council.

Actually, CDGLCC launches its 40th anniversary celebration with a big bash at the Albany Institute of History & Art from 6-8pm on Friday, and the Tiffany show is part of the official “afterparty” at the Waterworks.

Two decades ago, the mono-monikered tween hitmaker was on top of the pop world, the youngest female artist to land a No. 1 album on the Billboard charts with her 1987 debut “Tiffany.” The tween idol racked up two No. 1 singles – “Could’ve Been” and a cover of Tommy James and the Shondells’ “I Think We’re Alone Now” – as well as three other Top 40 hits: “All This Time,” a cover of the Beatles’ “I Saw Her Standing There” and “Radio Romance.”

Then the hits dried up.

But Tiff kept at it, and her comeback began with her “exposure” in a 2002 issue of Playboy magazine. Then she co-starred with Meat Loaf in a national AT&T television commercial. She made a guest appearance on the network sitcom “How I Met Your Mother.” She popped up on “The Young and the Restless.” She appeared on the pop music trivia cable TV game show “Rock and a Hard Place.” And she toned up VH1’s “Celebrity Fit Club.”

These days she’s starring in the thriller movie “Necrosis” (slated for release on DVD next month) and the sure-to-be-a-cult-fave sci fi flick, “Mega Piranha.”

Now based in Nashville, Tiffany is still making music, too, including her latest album “Just Me” on 10 Spot Records, which she’s certain to feature along with her old hits at the Waterworks on Friday.

The afterparty with Tiffany is slated to begin at 10pm, and admission is $15. Or you can purchase tickets for the party at the Albany Institute as well as the afterparty for $40.