Five Firsts: Vincent Lane of What She Said 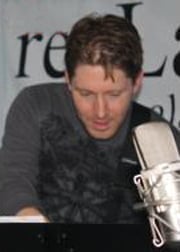 1. THE FIRST ALBUM I EVER BOUGHT WAS … “Sergeant Pepper’s Lonely Hearts Club Band”

2. THE FIRST CONCERT THAT I EVER SAW WAS … Rick Springfield/Greg Kihn at SPAC in August, 1981. I went with my neighbor Steve (Webb), who happened to be the music editor of the old Knickerbocker News. We had great seats because he was covering the show for the paper. Steve and I then went backstage for an interview with Rick and his band. As a little kid, I must have been annoying, but Rick was very cool and even let me play his guitar.

3. THE FIRST MUSICAL INSTRUMENT I EVER OWNED OR PLAYED WAS … Mexican Fender 4 string bass. It was black.

4. THE FIRST SONG THAT I EVER PERFORMED IN PUBLIC WAS … “Interstellar Overdrive” by Pink Floyd. Boy, did that ever go over like a lead balloon.

5. THE FIRST BAND I WAS EVER IN WAS … A high school band by the name of Afterbirth.

Vincent Lane and the rest of What She Said – a new Nippertown band of rockers formed from the ashes of the Fizziks and Subzero – take the stage at Katie O’Byrne’s in Schenectady at 9:30pm on Saturday.