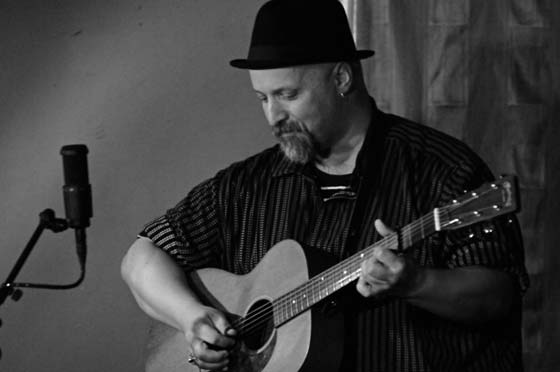 It’s not like singer-songwriter Michael Eck has been holed up in some deep, dark cave, hiding out. For the past several years he’s been rolling around from one area stage to another, as a member of the Lost Radio Rounders, as well as Ramblin Jug Stompers.

Or maybe you’ve seen him sittin’ in with Frank Jaklitsch. Or conducting onstage interviews with the performers for Caffe Lena’s Decades Concert Series. Or stepping up to the microphone to add his two cents at the recent Johnny Cash birthday tribute night.

But it’s been three years since he last dove head first into his old “maximum solo acoustic” mode, playing a full evening of his own music by himself.

In celebration of his brand new CD, “In My Shoes,” Eck did just that on Sunday evening at Caffe Lena in Saratoga Springs. He hit the stage with the spitfire opener “The Gossip Train” and proceeded to rumble through 22 songs without a hitch.

He featured all but one of the selections from “In My Shoes.” He reached way back to his 15-year-old debut, “Cowboy Black,” for the title track and the encore, “The Queen of Rain.”

And he dropped in a few choice cover tunes as well, ranging from the sublime (Tim Hardin’s “If I Was a Carpenter”) to the obscure (Jackson C. Frank’s “Blues Run the Game”), even tacking a bit of Kristofferson onto the end of his own “Bottle Rocket.” All were imbued with Eck’s impeccable sense of drama and dynamics. 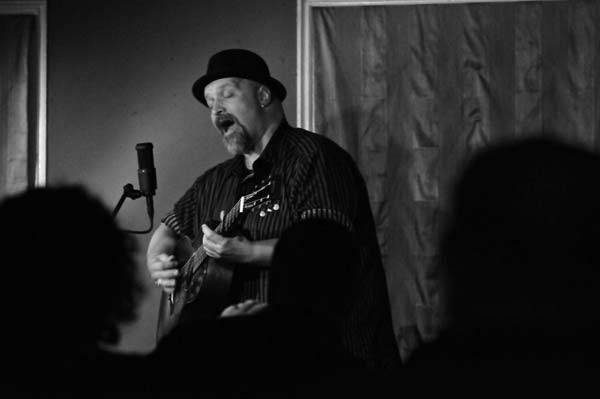