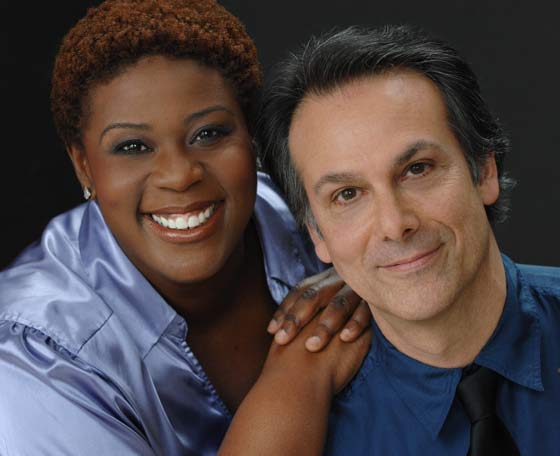 Since its humble beginnings in the basement of the First Presbyterian Church in Albany back in 1967, the Eighth Step has always liked to shake things up.

It’s where we saw Dar Williams and Tony Trischka, the late Tom Nattell’s annual marathon Readings Against the End of the World, Ani DiFranco and a guy named Pete Seeger.

And there will be be a whole lot of shakin’ goin’ on at the Eighth Step’s current home at Proctors in Schenectady at 8pm on Friday when Capathia Jenkins and Louis Rosen team up to present “One Ounce of Truth.”

Jenkins is a soulful singer-actress whose Broadway credits include “Martin Short: Fame Becomes Me,” the Tony-nominated musical “Caroline, or Change,” Frank Wildhorn’s sprawling “The Civil War” and the glorious Burt Bacharach/Hal David production “The Look of Love.” Rosen is an award-winning composer and a Guggenheim grant-winner.

Together, their sometimes soaring, sometimes heartbreaking music is a unique amalgam of jazz, folk, blues, pop and soul, paying tribute to such great poets as Langston Hughes and Nikki Giovanni, as well as such groundbreaking musicians as Billie Holiday and Nina Simone.

Step into the Eighth Step on Friday and hear “One Ounce of the Truth.” Showtime is 7:30pm, and tix are $26.