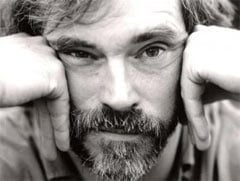 1. THE FIRST ALBUM I EVER BOUGHT WAS … First album I ever bought was Chuck Berry’s “One Dozen Berries”. The first record I ever managed to capture on my own was a square green and white record I got for free in a hardware store about how to lay linoleum floor tile. Singles, many singles, too: “The Witch Doctor Song”, “The Little Blue Man”, Chuck, Elvis, Jerry Lee… Early on, I stole so many singles from the record section of my local grocery store that they closed the record section entirely.

2. THE FIRST CONCERT I EVER SAW WAS … I saw Leon Bibb, Dionne Warwick and the Dave Brubeck Quartet on three separate occasions at Darien High School (Dionne was late and drunk, but I still love her); later on, happened to catch a bill with the Blues Magoos, the Youngbloods and the Left Banke at a roller skating rink in Westport, CT. (The Left Banke killed, with a bashing drummer in green sweat pants named George something-or-other and a gum chewing lead singer named Steve Martin – not that one. They were way tougher than I would’ve expected.)

3. THE FIRST MUSICAL INSTRUMENT I EVER OWNED OR PLAYED WAS … A blonde Guild f-hole acoustic (at least that’s the first one I remember.)

4. THE FIRST SONG I EVER PERFORMED IN PUBLIC WAS … Either surf stuff with my band – you know, the Ventures’ “Wipe Out,” all that crap – or more likely a couple originals: “The Invisible Wall” (a huge hit for me at 13) or “A Friend of Mine Died,” which I can still remember some of. Early on, I was an adventurous driver and arrived at my first paid gig with two police cars on my case, lights a’blazing.

5. THE FIRST BAND I WAS EVER IN WAS … I guess the band that played the surf stuff must’ve had a name, but I don’t remember it. My first high school band was originally called the Good Fairies; we quickly changed it to the St. James Infirmary in a vague attempt to regain our manhood.

Chandler Travis will lead the Chandler Travis Philharmonette into Caffe Lena in Saratoga Springs at 7pm Sunday. And mark your calendars now – he’ll be back in Nippertown leading the incredible Incredible Casuals into Valentine’s Music Hall in Albany on Saturday, May 1.