Late last week, I read that Dan DiNicola had died. I plugged his name into Google to read more, and here’s what I saw: 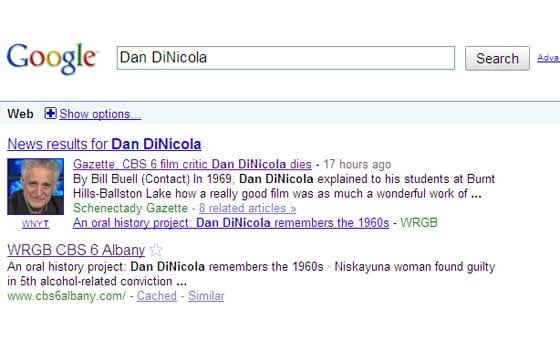 So I clicked on that first link, and here’s what I saw: 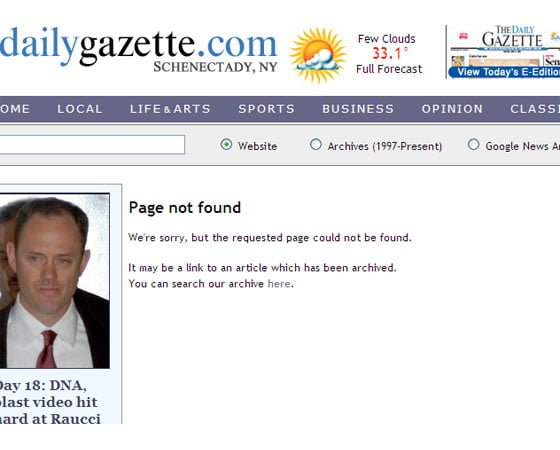 I’ve read the Gazette for a long, long time; aside from the New York Times, it’s probably the paper I read most often. Even though I know more people who work for the Times Union, and my spouse was employed there for 17 years, I’ve always thought that the Gazette had less fluff, more news and was better edited. But c’mon Gazette folks, this is shameful. Your online paywall is stupid (hey, how’s that working for ya?) and I shouldn’t have to wait for the next morning’s edition to read about this. Dan wrote for the Gazette for years and deserves better.

WRGB, Dan’s other media home, got it right, with remembrances by his colleagues, news about the charitable trust that has been established in Dan’s name, and comments from his viewers.

Even the Times Union, the Gazette’s largest competitor, got it right. Here’s a link to a Capital Creative blog posting with more than 50 comments and remembrances.

Nosferatu, A Silent Horror Film Screened on a Cold Dark…