ArtBeat: “Freedom Through Collective Improvisation” @ the Arts Center of the Capital Region 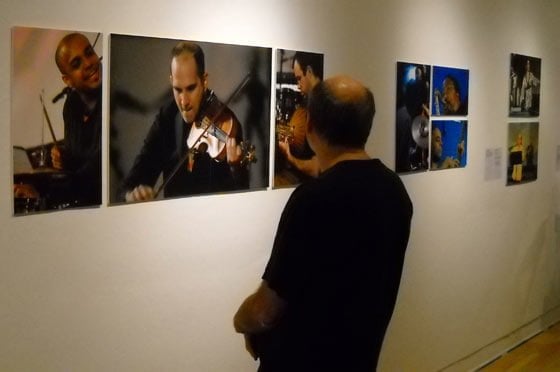 April is National Jazz Appreciation Month, as well as National Poetry Month, so it seemed oh-so apropos that the new photography exhibit “Freedom Through Collective Improvisation” would open on Thursday, April 1 to kick-start the month.

The show is a collection of jazz performance photographs – with a few poets thrown in the mix – documenting the “Free Jazz from the Sanctuary” concert series that took place at the Sanctuary for Independent Media from 2007-2009.

On display in the Arts Center of the Capital Region’s large main gallery are dozens of photographs by Andrzej Pilarczyk, who captured the wide-open spirit of the free-form jazz performances at all but one of the series’ 13 concerts. (Photographer Jon Flanders shot the other show – “Sax, Soup, Poetry and Voice” featuring the trio of saxophonist Joe Giardullo, poet Pierre Jorris and vocalist-chef Nicole Peyrafitte.)

The photos of the individual musicians are tightly clustered together to represent the performing groups – from the Empty Cage Quartet to the Thirteenth Assembly to the Weasel Walter Trio – echoing the intense ensemble work of the music. And Pilarczyk is right there with them, in the moment, collaborating visually with the improvisational music that was being created.

More than just a visual representation of the concerts, however, the exhibit also offers gallery-goers the opportunity to hear the music as well. Video clips (with sound) from the concerts are projected on one of the large gallery walls. And at the opposite end of the gallery are two video monitors with headphones and a stack of DVDs that were filmed at the concerts, allowing visitors to immerse themselves in any particular performance of their choosing.

It makes for an especially vivid gallery experience, bringing an added dimension and focus to the excellent photography that adorns the walls.

And as a joint effort by NY Media Alliance (which operates the Sanctuary for Independent Media), the Department of the Arts at Rensselaer and the Arts Center of the Capital Region, the exhibition itself echoes the collaborative nature of the music.

“Freedom Through Collective Improvisation: iEAR Presents! Free Jazz from the Sanctuary” will remain on exhibit at the Arts Center of the Capital Region in Troy through Friday, April 30, concluding with a reception at 5pm on Friday, April 30 in conjunction with Troy Night Out.

In conjunction with the exhibits opening reception on April 1, the Arts Center of the Capital Region also hosted a concert by NYC jazz pianist Matthew Shipp and his trio. Look for a review of that concert later this week here at Nippertown.com. 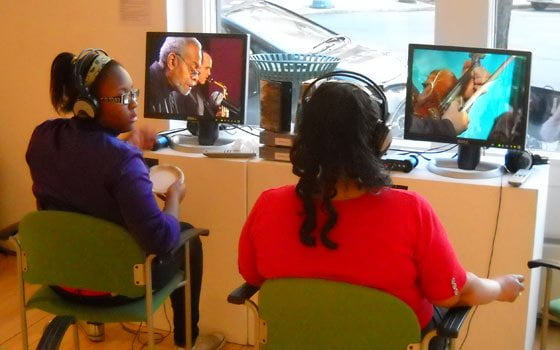 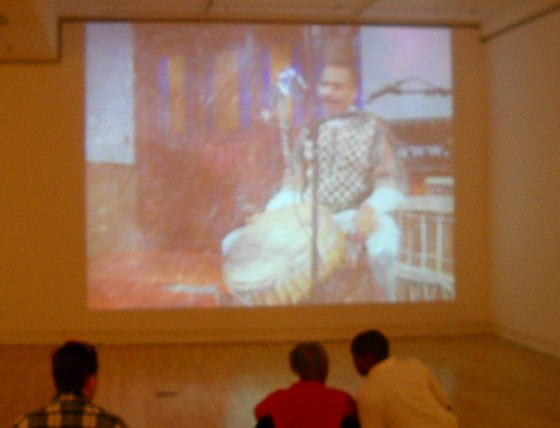 Bill Morrissey, What Was the First Album You Ever Bought?

HVCC Announces the Return of Student Exhibits to The Teaching Gallery

HVCC Announces the Return of Student Exhibits to The…