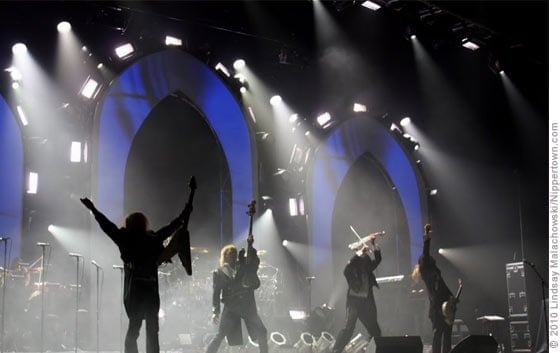 It wasn’t Christmas. There wasn’t even snow on the ground. And yet there was a pretty large turnout for the Trans-Siberian Orchestra on Saturday night when they brought their rock opera, “Beethoven’s Last Night,” to Albany’s Palace Theatre.

The TSO was pieced together in 1995 by Paul O’Neil, whose background in managing big rock bands was evident in the numerous long-haired, guitar-waving male musicians onstage. Similar to their annual Christmas performances, the songs were woven together by a rhyming storyline that took up nearly half of the show. And through no fault of his own, Bryan Hicks’ narration felt more like being at a children’s story-time circle than a sophisticated symphony concert or an arena-rock show.

Highlighting the performance were the many new – and much younger – female singers and dancers that brought a touch of fun and softness to the often serious show. Particular standouts were the amazing Sarah Charness on violin (who played her instrument wildly like an electric guitar) and the soulful Chloe Lowery, with her stunning looks and sultry voice.

But to their dedicated audience, TSO could do no wrong, and there were few seats left empty in the theater, except for when the many standing ovations were received.

Some in the crowd remarked that it was the best show they had ever seen. That said, presently there just aren’t many rock orchestra, fully choreographed, Beethoven-playing, symphony light shows to compete with.

Review and photographs by Lindsay Malachowski. See more of Lindsay’s photos from this evening here. 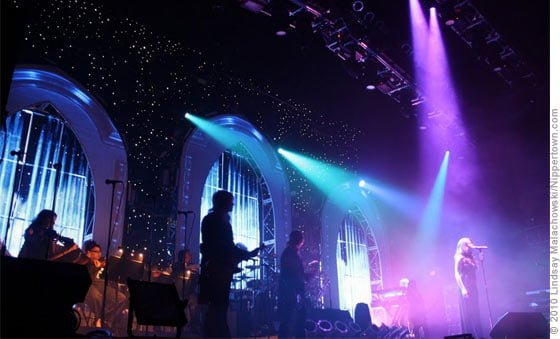 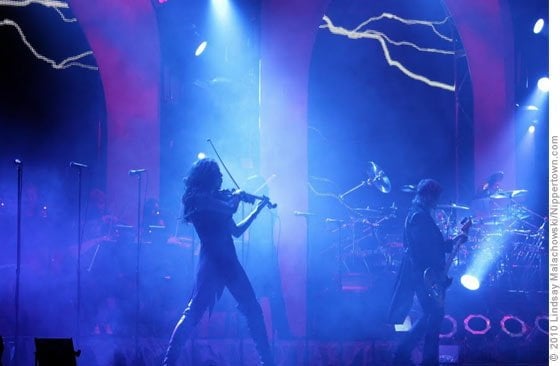 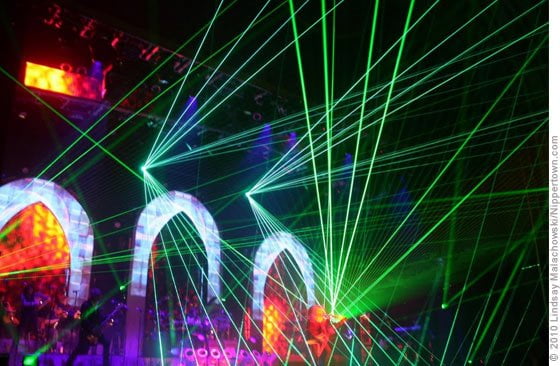