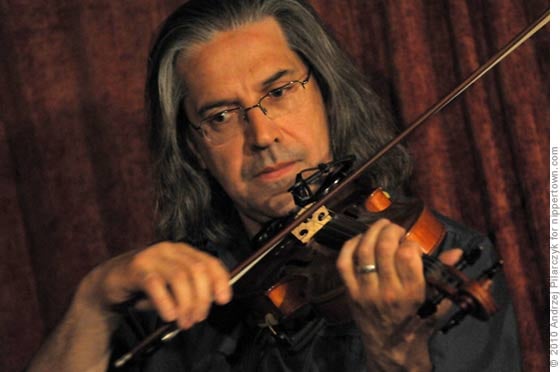 Did you know that traditional music from Quebec sounds an awful lot like traditional Irish music?

If you were in Caffe Lena’s in Saratoga Springs last Sunday night you would think so by listening to ReVeillons!, a four-piece outfit from just a bit north of us upstate Nippertownians.

OK, instead of English or Gaelic lyrics, they sang in French, but it really sounded like Irish traditional music complete with Jean-Francois Berthiaume playing the bodhran (Irish hand-held drum) and the suitcase – “the cheapest instrument I have ever owned,” he says.

The rest of the instruments were more traditional with Richard Forrest on fiddle and Marc Maziade feverishly strumming the acoustic guitar or banjo, except when lead singer (and brother of Jean-Francois) David Berthiaume played the Jew Harp – as stated on their web site – or if you are really politically correct to the core, the “Jaw harp.”

The music? It was happy, danceable, sad, involving and definitely French. Jean-Francois introduced the titles that were culled from their two latest albums, “Malbrough N’est Pas Mort” and “Quiquequoidontou?,” which to us non-French speakers means: “Who, what, where, when and why?”

Well, the first four were answered that night at Lena’s but the “why” remains open to debate. Maybe it’s to keep the tradition of the Québécoise music alive, or maybe it’s to share the beautiful music of the traditional French-Quebec canon or maybe, just maybe, it’s just to hear the lovely and heart-felt percussive tones emanating from that amplified suitcase…

Who knows? If you weren’t there, you missed it… 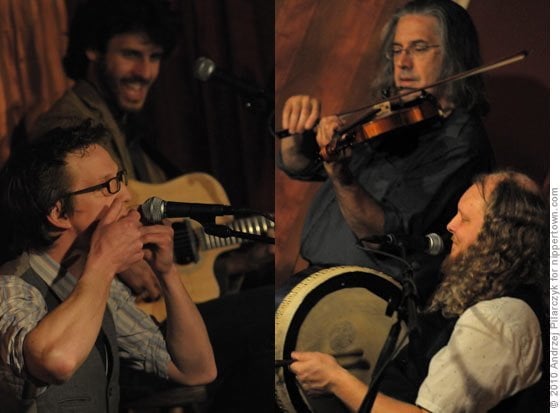 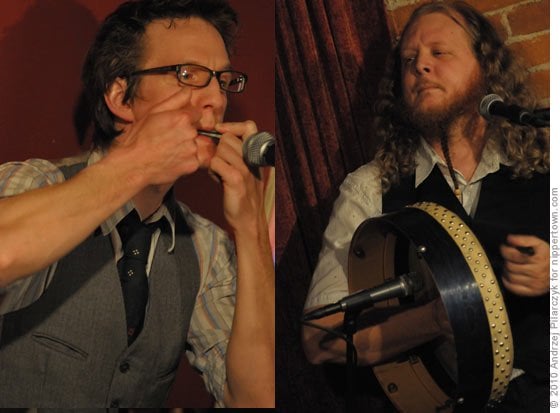