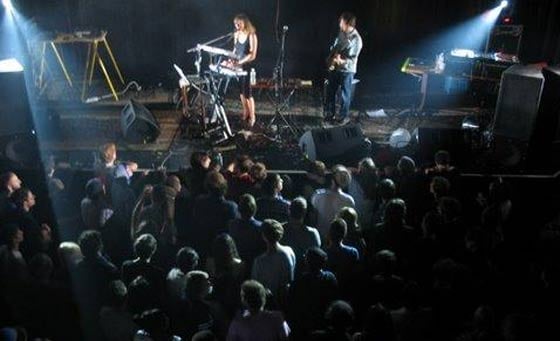 The last time that hometown heroes Phantogram played at Northern Lights in Clifton Park was back in February, when they opened for Minus the Bear. That was just before their debut album for Barsuk Records, “Eyelid Movies,” was released.

Since then Sarah Barthel and Josh Carter have been spending lots and lots of their time out on the road, tirelessly touring to promote the album.

They’re somewhere in the wilds of Iowa tonight.

But they’ll be back in town by Saturday, May 22, when they’ll be making their triumphant homecoming show at Northern Lights. And this time around, they’re headlining. Opening the show will be Chicago-based quartet Light Pollution, whose swirling synth sounds will soon be heard on Carpark Records.