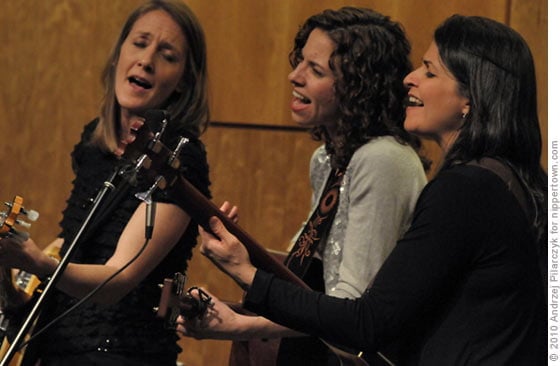 Saving the best for last, Red Molly closed out the Crandall Library’s spring Folklife Concert Series to a SRO crowd Thursday night. Red Molly members Laura MacAllister (on guitar and banjo), Abbie Gardner (dobro) and Carolann Solebello (guitar) opened the show with the rollicking Gillian Welch murder ballad, “Don’t You Call My Name,” which had the audience smiling, dancing and grooving in the their seats.

There was no need for any librarians to hush this rapt audience as the three-part harmonies awed the crowd. Songs would come to an end as whispers of “Oh, yeah” and approving moans could be heard before the applause would rise. Between songs, the proud Adirondack audience members would occasionally shout out facts of the area to the band members. Straight-faced, MacAllister quipped, “Really, this is the Adirondacks? I just love your chairs!”

Red Molly remains a proudly independent trio, not under contract to any major label. They want to have the control to select pieces of their own choosing. To promote their third CD, “James,” the group is offering the disc at a “pay-what-you-want” price. The aim is to have so many happy listeners that Oprah and Ellen will be begging them to appear on their TV programs.

The CD is holding steady at #10 on the Americana Charts and #2 on the Roots Music Report, so it probably won’t take them long to make their television debut. MacAllister’s voice can already be heard singing the theme song on Folgers coffee commercials.

While the ladies pay homage to their musical influences, crisp, tight vocals, the slide of the dobro and meaningful lyrics make Red Molly’s original music well worth the listen, too. Inspired by the book, “Secret Life of Bees,” their song “Honey on My Grave” has the flavor of traditional music and the spice of fresh, new arrangements of their own unique sound. “Beaumont Rest Stop” tells the tale of a daughter returning home after a long absence. “Jezebel” is a story warning of the hazards of falling in love with the girls in a bar.

Yes, Red Molly played the last in the series at the Crandall Library in Glens Falls, but don’t fret. They’re coming back to the northeast this summer. Just grab your favorite Adirondack chair and head to one of these locations: Tuesday, July 20 at Stony Creek Town Park or Wednesday, July 21 at Shepard Park in Lake George. Both shows are slated to take place outdoors, and admission is free. 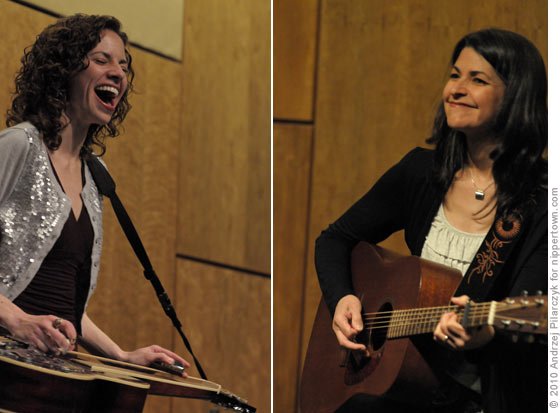 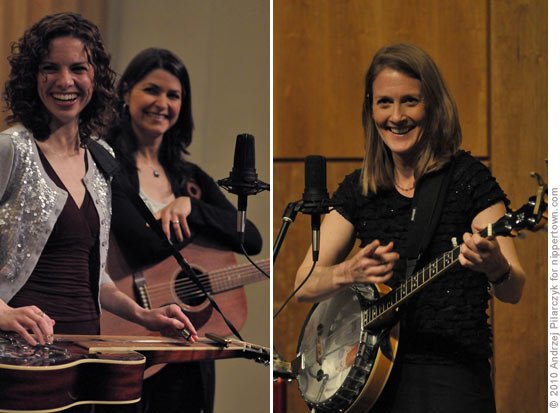 There’s a New Sinner in Town…