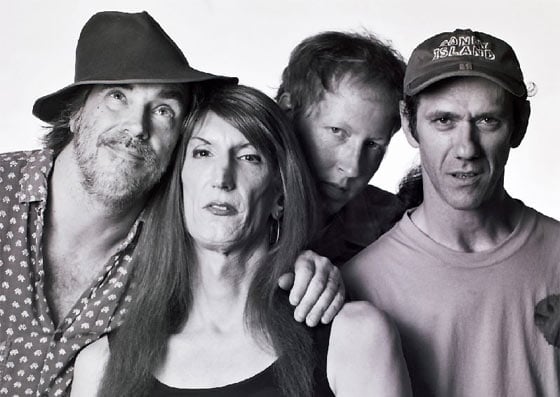 They call themselves the Incredible Casuals, and, yeah, they live up to their name. They have for, oh, about 30 years or so.

If you have to compare the Incredible Casuals to another band, the most likely candidate would be NRBQ, of course. That’s fairly obvious, considering that IC guitarist-vocalist Johnny Spampinato took over Al Anderson’s spot in the Q. The Casuals sound is loose, but in-the-pocket rockin’ laced with a whole lot of fun. And if you’re not familiar with the band, grab yourself a copy of their 2007 career retrospective CD, “World Championship Songs: 1980-2007,” and work your way back through their vast catalog of decidedly groovy albums.

The Casuals boosted their profile last week with the national release of the new film, “Paper Man.” The film stars Jeff Daniels, Lisa Kudrow and Ryan Reynolds. More importantly, it features five – count ’em, FIVE – Incredible Casuals songs in the soundtrack – “I Wanna Play Loud,” “This World,” “Gotta Have You,” “Summer Nights” and “No Fun At Parties.” (NOTE: Most unfortunately, the movie has yet to show up in area Nippertown movie theaters.)

So if you wanna hear the Casuals rockin’ in their own inimitable fashion, simply get on down to Valentine’s Music Hall in Albany on Saturday night. Nippertown’s own Howe Glassman-led cow-punks Grainbelt will be opening the show. Grab a brew and join in the fun.