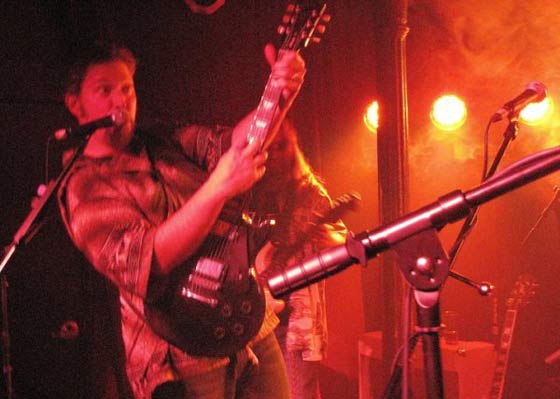 1. THE FIRST ALBUM I EVER BOUGHT WAS … Van Halen’s “1984” on cassette with my paper route money. Played it to death on a single speaker GE tape recorder.

3. THE FIRST MUSICAL INSTRUMENT I EVER OWNED OR PLAYED WAS … A 1/2-scale violin. Age three. Big dreams of being on “The Lawrence Welk Show.”

4. THE FIRST SONG THAT I EVER PERFORMED IN PUBLIC WAS … Some violin etude by some dude who’s been dead for 200 years.

5. THE FIRST BAND I WAS EVER IN WAS … Conquest. 8th grade. Van Halen, Ozzy, Kiss, Blotto and Beatles cover tunes. We were the Yugo of cover bands: Poorly put together, noisy, we couldn’t give ourselves away, and we didn’t last long.

In support of their recently released debut album, “Welcome to Joe’s,” Berto and Cuttlebone squeeze into the Moon & River Cafe in Schenectady for an intimate show at 8pm Friday.