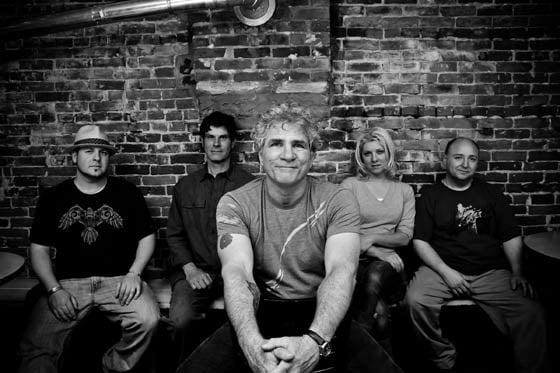 All aboard! Full steam ahead!

Train of Fools will be chugging into the Bread and Jam Cafe in Cohoes on Saturday night.

Who are Train of Fools, you ask? Well, the head engineer is none other than Kevin McKrell, veteran Nippertown singer-songwriter who’s had his hand on the throttle of such acclaimed musical ensembles as the McKrells, Hard Times, the Fabulous Newports and Donnybrook Fair.

Joining him on the express are his daughter Katie McKrell (vocals, bodhran), Brian Melick (all kinds of assorted percussion), guitarist-vocalist Seth Warden (of Wetworks and the Seth Warden Band) and Doug Moody (fiddle, mandolin and vocals).

The new quintet made its debut with a sold-out performance at Caffe Lena in Saratoga Springs last month, and now they’re aiming to take over Cohoes on Saturday.

The band name Train of Fools is derived from “a few old bluegrass tunes I have heard along the way – and because everyone involved is just a bit foolish in thinking that there are folks out there that still care about this kind of music,” according to McKrell.

And what kind of music is it? Well, Train of Fools is calling it Celtic cowboy music.

“Why Celtic Cowboy?” says McKrell, beating us to the punch with our next question. “Truth be told, the germ of the idea invaded my head on a trip to northwest Mayo – the towns of Ballina, Castlebar and Westport. It was there I heard a sound that melded the music of the Celts with its not to distant cousin American country cowboy. Not the modern triple A country music as we know it today, but the country of days gone by – the music of the people, of the land, the farmers, the workers.”

And to spice up the musical recipe, throw in a batch of original tunes, as well as a sampling of traditional tunes from both sides of the Atlantic.

Stir it all together, and it comes out sounding like Train of Fools. Don’t be left standing at the station.

“Our goal is to be true to the songs, to the audience and – first and foremost – to entertain,” McKrell says, summing it all up. “And we don’t mind ya getting up and doing a bit of a dance when the spirit moves ya.”

Train of Fools heads into the Bread and Jam Cafe in Cohoes on Saturday night. NYC-based Americana singer-songwriter Riley Etheridge Jr. opens the show at 8pm. Admission is $5.

Colin Hay, What Was the First Album You Ever Bought?