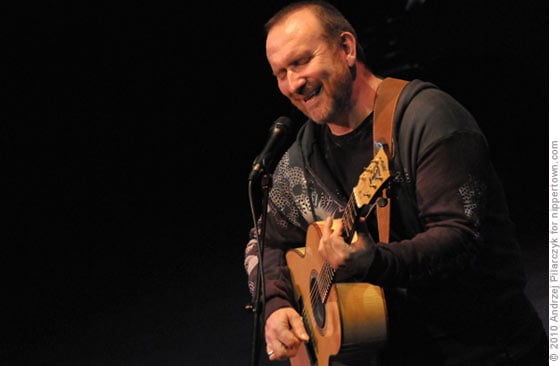 As the years pass by, many an aging rock star from the ’60s, ’70s or ’80s have redefined themselves in all sorts of ways to continue performing in an attempt to keep their past and present music alive and vital. They may have lost their huge fan-base – fueled at the time by radio hits, Grammy nods or popular MTV videos – but in most cases, the artists have continued writing, recording and performing new material long after their initial successes.

In recent months, Nippertown audiences have seen Davy Jones of the Monkees and Peter Noone of Herman’s Hermits roll into Schenectady with a nostalgia tour. We’ve seen Dennis DeYoung of Styx, Ray Davis of the Kinks and Mark Knopfler of Dire Straits sell out larger theaters with career retrospective performances. And now we can add Colin Hay to the expanding roll call.

Hay – better known as the Scottish frontman of the early ’80s Australian hitmakers Men at Work – has been busy working as a singer-songwriter and storyteller, touring the globe several decades after the success of “Who Can It Be Now” and “Down Under” from the band’s multi-platinum-selling album “Business As Usual.” Playing an acoustic guitar or a mandolin, he can still put a lock on the attention of an audience, regardless of size.

With a strong streak of tongue-in-cheek, self-deprecating humor, Hay shared his slice-of-life experiences, including his amazement at being invited to join two tours (in 2003 & 2007) as a member of Ringo Starr’s All-Star Band. “That’s Ringo of the Beatles on stage with me. The Beatles!,” he gushed. And the story about a young female clerk at a gas station who recognized him and strongly insisted he sing a few bars of “Safety Dance” – not a Men at Work tune, but rather a hit for the Canadian group Men Without Hats from that same early-’80s era.

Shrugging off each tale with a quip, a smile or a song, Hay’s tunes were sung with honesty and real passion. Dazzling the sold-out house of The Egg’s Swyer Theater, Hay spoke of his appearance on the hit television show “Scrubs,” the reunion of Men at Work for the Sydney Olympics in 2000 and the release of his eighth and newest post-Men at Work solo album, “American Sunshine.”

Billed as “An Evening With Colin Hay,” it was just that: a wonderful, humorous and fun get together with an old friend rather than a song-after-song concert by a former rock-star. And there aren’t many artists can pull that off as eloquently, intimately or successfully as Hay did that night. 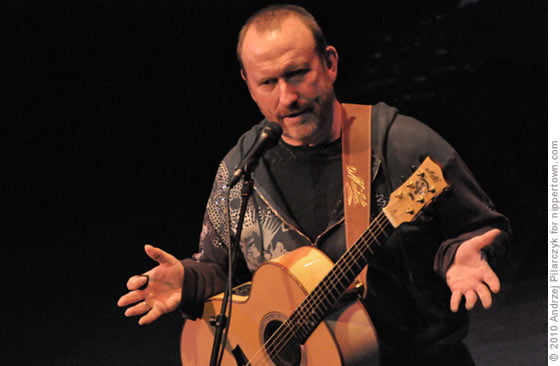 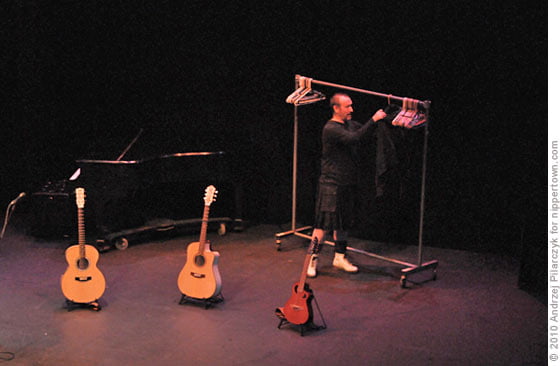