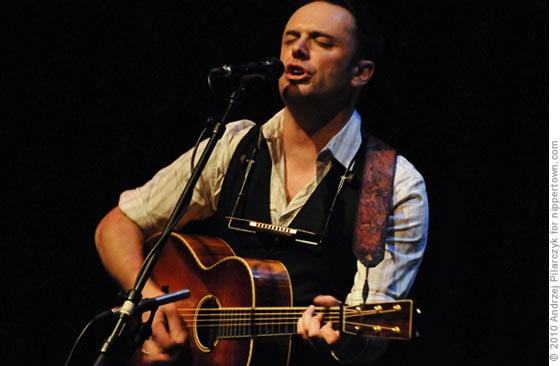 Where was the audience last Friday night for contemporary folk singer-songwriter Mark Erelli? Yes, there were about two dozen fans in attendance, but as superb a wordsmith and as passionate a performer as Erelli is, he certainly deserves more attention and a bigger crowd.

Erelli sure has come a long, long way since he made his Nippertown debut pulling double-duty as the opening act and backing musician for Erica Wheeler in Lake George’s Shepard Park more than a decade ago.

He’s been on the road, opening for the likes of John Hiatt and Dave Alvin, as well as touring the globe on his own to play festivals from the iconic Newport Folk Festival to the prestigious Shrewsbury Festival in England. A marvelous multi-instrumentalist, he’s toured as a member of the band for folks like Lori McKenna and Josh Ritter, performing at such legendary theaters as the Grand Ole Opry and the Royal Albert Hall. And along the way, he’s also recorded and released a handful of critically acclaimed solo albums, including his latest CD, “Little Vigils.”

On Friday evening, more than half of the great songs Erelli performed at The Linda were drawn from gem of a new recording.

Playing acoustic guitar and sometimes harmonica, as well, the thirty-something Erelli passionately wooed the small crowd from his opening notes. His poetic lyrics evoked images of contemporary American life – places he’s been, things he’s experienced and observations about relationships from a number of varying perspectives, including a soldier’s questioning but powerful lament in the song “Volunteers.”

Closing the show, Erelli rocked the house with an intense version of Springsteen’s “Johnny 99.” But the burning question still remained: where was the audience?

Columbus, Ohio
Not Alone
Unravelled
Five Beer Moon
Baltimore
August
Everything In Ruin
Kingdom Come
Mother Of Mysteries
I Took The Moon For A Walk
Pauline
Basement Days
Same For Someone
Volunteers
Passing Through
The Only Way
Troubadour Blues
Johnny 99 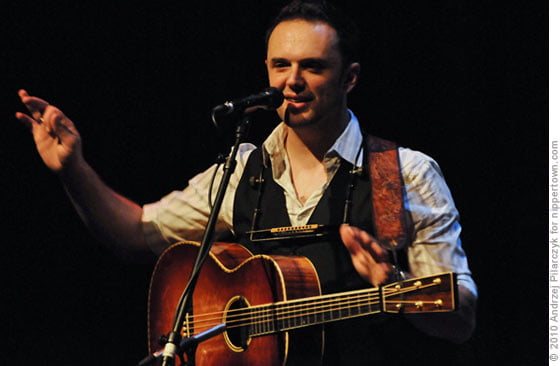