In a Blues Bag 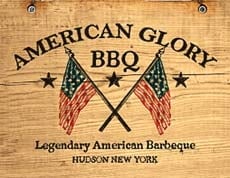 If you’re craving some barbecue but aren’t particularly looking forward to standing next to the hot grill all weekend long, now you’ve got another option.

The American Glory BBQ has just opened its doors in the old firehouse on Warren Street in Hudson. We haven’t been there yet, but the menu looks mighty tasty.

And it looks like there’s going to be some fine music on tap there, too. Bluesman Murali Coryell will be rolling in for a solo acoustic performance at 8:30pm on Saturday. 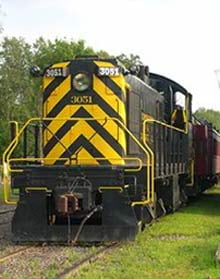 And if you’re in the mood for a little blues on the move, you might want to hop on board the Cooperstown Blues Express on Saturday night.

Boarding begins at 6pm on Saturdays from the train depot in Milford, and at 7pm you’ll be rolling down the tracks. It’s a three-hour trip that drops you right back where you started, but along the way there’s plenty of great blues music, a cash bar, food, fun and dancing. Tickets are $16.

The music this Saturday will be provided by George Kilby Jr. – longtime guitarist with Pinetop Perkins – who will be showcasing selections from his new album, “Let the Melody Live On.”