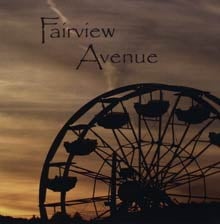 Let’s start out with the obvious – Fairview Avenue doesn’t exactly sound like the name of a bluegrass band. It sounds too generic. The name doesn’t include any of the all-too-frequent key buzz-words that point their way toward that classic high, lonesome bluegrass sound. You know, the cliched signafiers like: pickers, boys, ramblers, mountain, valley, holler and on and on.

And that’s a good thing.

Unfortunately, when I first heard the name Fairview Avenue, all I could think of was one of those lowest-common-denominator Holiday Inn lounge bands – the Nowtones, Grand Street, you get the idea.

It’s been more than a year later now, and Fairview Avenue has begun to establish themselves on the local bluegrass scene.

And with their new debut album, Albany’s premiere bluegrass quartet is doing more than that – they’re carving out a serious niche for themselves and reaching out well beyond the local scene.

The liner notes for the album are penned by no less a bluegrass authority than Pete “Dr. Banjo” Wernick, although he pulls no punches in his notes by pointing out, “Fairview Avenue hails from the not-yet-famous-for-bluegrass hub of Albany, NY.”

The key phrase there is “not-yet-famous,” because Fairview Avenue could very well help put Albany on the national bluegrass map.

The driving force behind the band is banjo man and the album’s producer Scott Hopkins, who fires up plenty of hot-wired picking, always supplying finesse, but never resorting to flash strictly for flash’s sake. Well, maybe just a bit on his instrumental breakdown, “Plankton.”

Califano also plays the cornerstone role as the band’s chief songwriter, penning four of the tunes, from the opening volley of “Tell Me That You Love Me” to the album’s decidedly funky closer, “Waste of Time.”

They wrangled a couple of guest artists to spice up the sound on this disc – Dave Bevins on dobro and Billy Contreras on fiddle – but Fairview Avenue is definitely a band that can stand on its own.

All in all, Fairview Avenue has got the whole package, whether it’s ballads (“Blue Mountain Whiskey”), gospel (“Walking on the Water”) or the classics (“You’re Still On My Mind”). They’ve got three solid lead vocalists, an impressive arsenal of hot-pickin’ instrumentalists, a deftly interwoven sense of vocal harmonies and some mighty serious songwriting skills.

Fairview Avenue celebrates the release of their self-titled debut album with a CD release party at the Saratoga Winery in Saratoga Springs from 6-8:30pm on Friday. Free. There’s also trolley transportation available from downtown Saratoga Springs: Trolley pick up at the Hampton Inn at 6pm; drop off back at the Hampton Inn at 9pm. Ticket price is $18: including departure/return trip and wine tasting, as well as the CD release party. Call 518.584.9463 for trolley reservation tickets or just hop on!

Page McConnell, What Was the First Album You Ever Bought?