Jon Bon Jovi, What Was the First Album You Ever Bought? 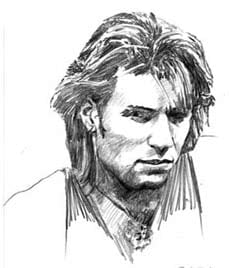 “The first album that I bought? It was a Dylan record – ‘Desire,’ I think.

It was around the time period of Elton John, Queen, Thin Lizzy and all that mid-’70s stuff, but one of the first albums that I remember listening to religiously was that Dylan record, so I was always into singer-songwriters.”

Jon Bon Jovi and the rest of the guys in the band named after him – that would be Bon Jovi – will be rockin’ the amphitheater at the Saratoga Performing Arts Center at 8pm on Sunday.