Todd Rundgren, What Was the First Album You Ever Bought? 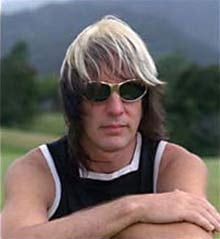 “I vaguely remember. I’m not exactly sure which was the very first one, but very near the beginning was the Beatles’ second album.

I really grew up with that whole album format.

Before albums, there were singles, and I’m old enough to remember a time when there were no LPs yet. When the LP first came out, it was quite a phenomenon. And when stereo first came out – Oh boy!”

Todd Rundgren and his band – bassist Kasim Sulton, drummer Prairie Prince and guitarist Jesse Gress – play a homecoming show of sorts at 8pm Tuesday at the Bearsville Theater in Woodstock in the support of the new album, “Todd Rundgren’s Johnson,” a tribute to blues legend Robert Johnson. Sean Schenker and Jason Sarubbi (both of the Trapps) will the show. Reserved seats are sold out; general admission tickets are $40.