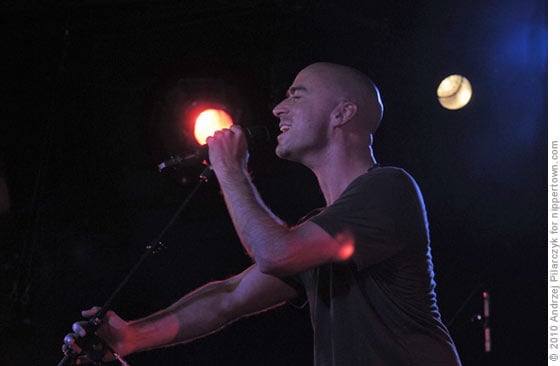 One way or another, Ed Kowalczyk seemed determinded as he roared into Northern Lights in Clifton Park last week.

As the soulful, charismatic frontman of the alt-rock band Live, Kowalczyk’s distinctive voice propelled the group in the ’90s and early ’00s through a handful of popular multi-million selling albums (’94’s “Throwing Copper” sold over eight million units to date), constant touring (national and international ballrooms, concert halls and arenas) and a ton of radio airplay here in the US and abroad.

Well, that was then and this is now.

And in the ‘now’ Kowalczyk and Live’s former business manager are embroiled in reciprocal lawsuits with the other three band members over publishing agreement infringements, unpaid royalties and other such business.

Rather than sit still in the thick of the disharmony and legal quagmire with his old band mates, Kowalczyk has moved on to form a new band and take them into the studio to record a fabulous new solo album.

“Alive” continues where Live left off and presents that patented mix of 11 excellent catchy and impassioned rock tunes filled with the spiritual messages that Kowalczyk’s writing is known for.

Northern Lights in Clifton Park – now the last remaining premier music performance club in the area since Revolution Hall is no longer in business – was the next stop on a modest national tour for Kowalczyk and company. Several hundred of his loyal fans showed up and waited patiently through the two openers for their musical hero.

With a quick grin and a wink of his eye, Kowalczyk took the stage and launched into “Just In Time,” a tune off the new CD, presenting a scorching set that included a healthy dose of his Live songs, including presenting the majestic “Lightning Crashes” as the last song of the evening.

If you closed your eyes that night you were listening the best of Live because the heart and soul of both that band and the new band is Ed Kowalczyk. It doesn’t matter who is playing behind him. He is the voice, no doubt about that.

If this had been a Live show, they would have been playing SPAC. But because it was at Northern Lights, Ed Kowalczyk came out and greeted every one of his fans that had lined up to say ‘hello’ or get an autograph or take a picture with him.

The man really values his fans, and that’s way cool. 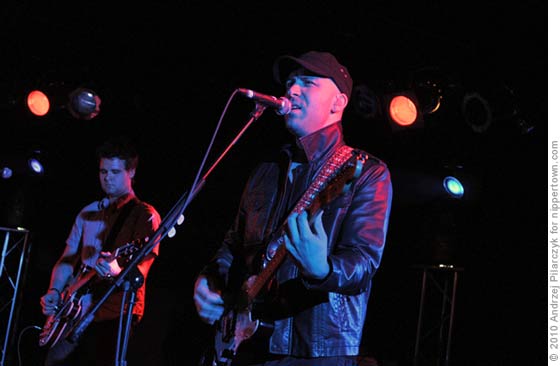 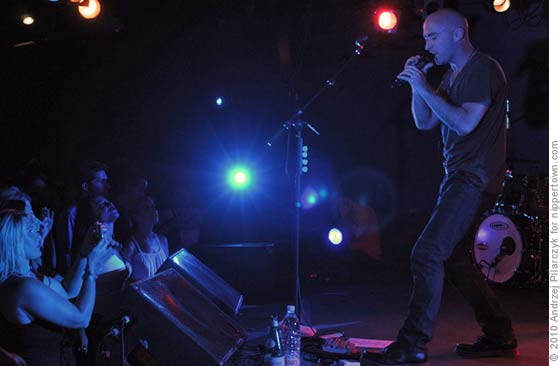