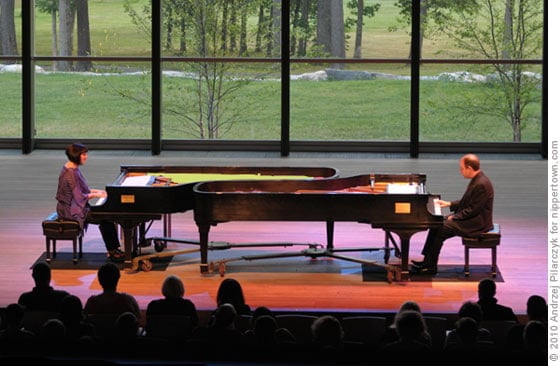 There’s a natural tendency for one partner or the other to dominate the musical procedings, but that wasn’t the case when the husband and wife twosome of Bill Charlap and Renee Rosnes sat down at the grand pianos on stage at the Zankel Music Center.

Drawn primarily from their new collaborative CD, “Double Portrait,” the music was as graceful as a tightrope walk, as they deftly balanced the melodies and harmonies, complex rhythmic shifts and the orchestral language of two-piano arrangements.

While they both offered dazzling technique – especially on Joe Henderson’s dramatic “Inner Urge” and Lyle Mays’ “Chorinho” taken at a breakneck tempo – more often than not, the pair seemed to reveal an innate clarity in the songs, as they peeled away the clutter.

A lush, pastoral take on Antonio Carlos Jobim’s waltz “Double Rainbow” was perhaps the best example, though the Gershwin gem “My Man’s Gone Now” was also a defining moment – equal parts aria and late-night saloon song brimming over with an exquisite sense of melancholy.

At times – during Rosnes’ own “The Saros Cycle,” for example – the music seemed to come as much from the world of classical music recitals as it did from the jazz world. 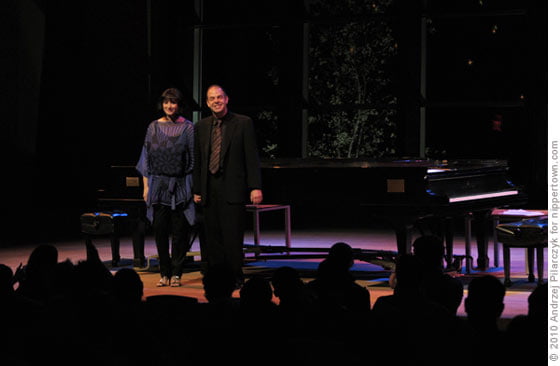