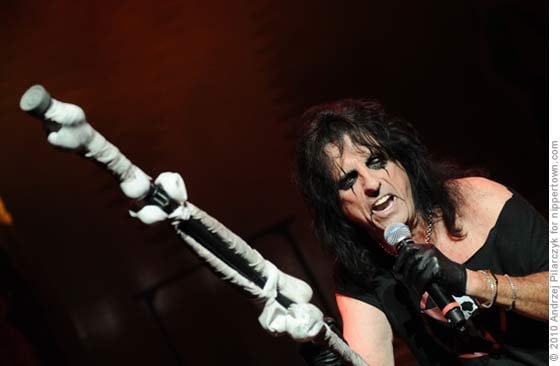 Alice Cooper’s classic “School’s Out” album first saw the light of day back in 1972, and what kid since then hasn’t loved the title tune, cranking it up on the radio, stereo or iPod at the end of the school year?

How many rockers from Kiss to Ozzy Osborne to the New York Dolls owe at least a part of their career success to Alice Cooper’s pioneering use of theatrical make-up and elaborate stage sets littered with guillotines, electric chairs or a hang-man’s noose swaying in the background?

“Welcome to my Nightmare” – the album, the song and in fact, the entire concept – has been the cornerstone of Cooper’s concerts since 1975. His performances are filled with dark humor and theatrics worthy of any Broadway stage.

All of this and more was awaiting fans at Proctors in Schenectady last Sunday when the 62-year-old shock-rock icon created a macabre Halloween world onstage. His performance – while no longer actually shocking, of course – was filled to the brim with plenty of action. Four deaths. Tongue-in-cheek humor (singing “I’m Eighteen” while hobbling around stage on a crutch made from human-like bones – well, after all it’s been nearly 45 years since he could truthfully belt out that power-rocker). And all of his hits – “Elected,” “No More Mr. Nice Guy,” “Under My Wheels,” “Billion Dollar Babies,” “Poison” and many more.

The adoring audience spanned the age spectrum from pre-pubescent kids (many wearing Cooperesque face makeup) to gray-haired seniors, some of whom were also in ‘costume.’

Regardless of age – or whatever their favorite Alice Cooper song might be – everyone there had a great time and left the theater satisfied. No stone in Cooper’s long, 18-album career was left unturned that night.

SECOND OPINIONS:
An excerpt from Brian McElhiney’s review in The Daily Gazette: “Everyone’s favorite make-upped rock star is known for the elaborate ways in which he is killed at the end of his shows. So what could be better than a show where this happens not once, but four times? (Well, five, if you count the battle with a cyclops during ‘Feed My Frankenstein,’ in which Cooper was choked out, but only momentarily.) That’s exactly the premise behind Cooper’s Theatre of Death tour, which is currently making the rounds in the U.S. after spending time in Europe last year.” 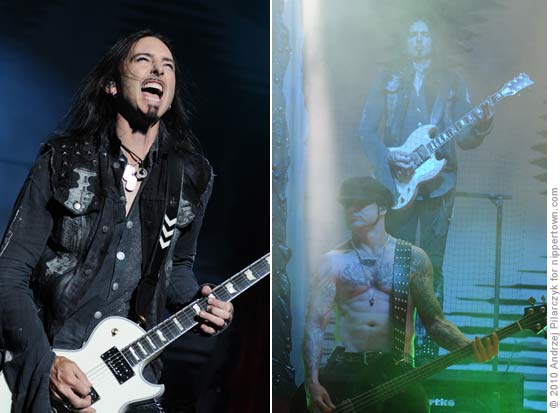 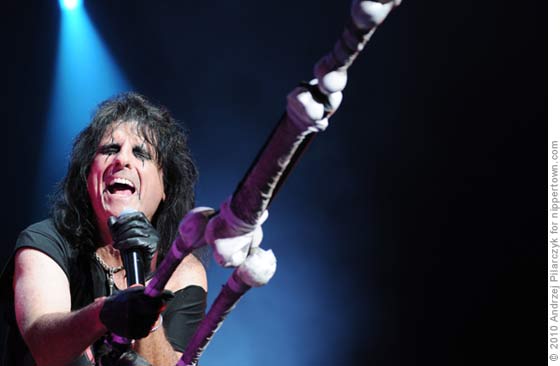