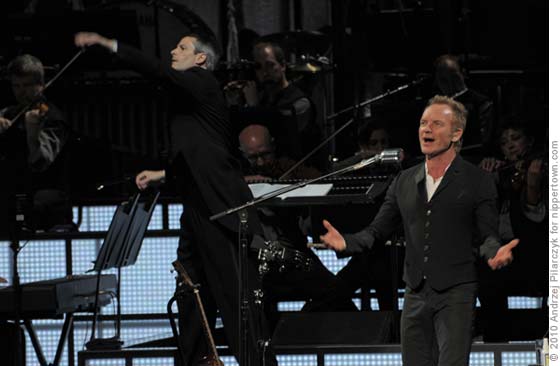 What popular music style hasn’t Sting dabbled in, and why is it perfectly logical for him to be touring with a symphony orchestra in tow?

It was Sting’s launching pad, and he was singing, rocking, punking and playing with reggae beats in the company of Stewart Copeland and Andy Summers.

What about Sting’s jazz phase in the ’80s?

He teamed up with the stellar young lions of the time and shared the stage with Branford Marsalis, Omar Hakim and the late Kenny Kirkland. In that company, Sting could do no wrong.

Sting has embraced, played or toyed with everything from country ballads to Memphis-soul to world-beat. And, yeah, there’s even a flamenco-tinged tune thrown in there somewhere.

Like Bowie or Madonna, Sting needed to reinvent himself once again. This time around, it was in a symphonic context. Of course, it’s not a complete re-invention. It’s really more like a case of old wine in new bottles.

Last Saturday night, the Saratoga Performing Arts Center audience was treated to a two-set smorgasbord of Sting’s signature songs lavishly and lushly accompanied by the Royal Philharmonic Orchestra (under the direction of Steven Mercurio) and a quartet of longtime Sting bandmembers, including exquisite guitarist Dominic Miller.

While certainly not the first rock musician to collaborate with an orchestra – heck, everybody from the Moody Blues to Metallica has done it – Sting’s melding of rock and classical came off better than most, as he cherry-picked selections from throughout his Police and solos career.

And to launch the string of encores, Sting was joined by Nippertown’s own premier belly-dancer Habiba, whose captivating hip-swiveling added to the sensuality of “Desert Rose.”

So, how was the generous, three-hour performance?

In one word – Grand!

STING SET LIST
If I Ever Lose My Faith In You
Englishman In New York
Every Little Thing She Does Is Magic
Roxanne
Straight To My Heart
When We Dance
Russians
I Hung My Head
Shape Of My Heart
Why Should I Cry For You?
Whenever I Say Your Name
Fields Of Gold
Next To You
SECOND SET
A Thousand Years
Tomorrow We’ll See
Moon Over Bourbon Street
End Of The Game
You Will Be My Ain True Love
All Would Envy
Mad About You
King Of Pain
Every Breath You Take
ENCORES
Desert Rose
She’s Too Good For Me
Fragile
I Was Brought To My Senses 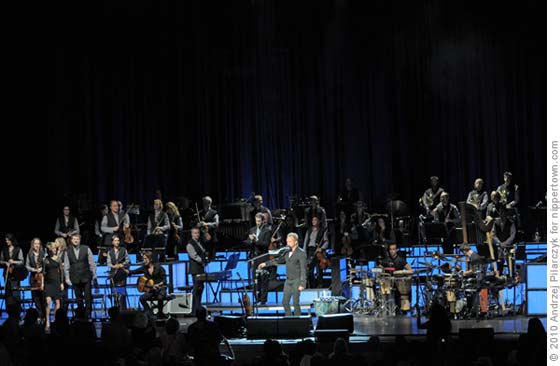 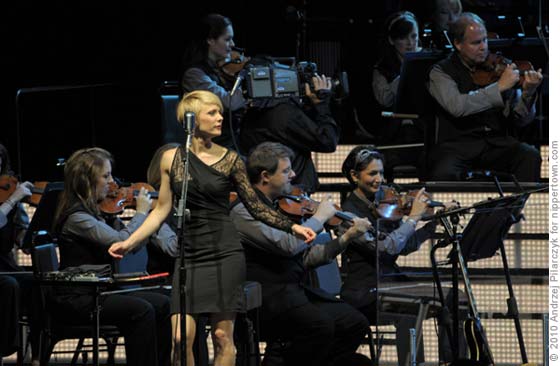