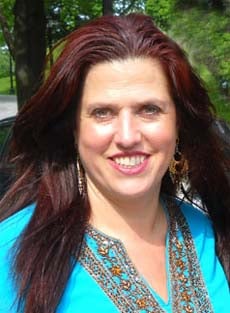 It seems as though the embers were barely cool on the fire that devastated Tess’ Lark Tavern, back in the early morning hours of May 6, when friends and family – pretty much one and the same when you’re talking about a beloved gathering place like Tess’ – began to wonder what might be next.

Then in early June, landlord Mike DiNapoli – the owner of the Delmar-based DiNapoli Opticians who also owns the historic building that housed the Lark Tavern – filed papers declaring the building a total loss, which would legally terminate the Lark Tavern’s lease.

And so, the rumor mill has been a-buzz ever since.

Would Tess Collins – the owner of Tess’ Lark Tavern, but not the building that housed it – re-open at the old location at the corner of Lark Street and Madison Avenue?

Or would she be forced to re-open elsewhere?

And if so, where?

Well, it looks as though Collins is headed downtown – at least for the time being – and she’s bringing much of her staff with her.

Collins has signed on as the new manager of McGeary’s, the popular Irish restaurant and pub at 4 Clinton Square, directly across the street from Albany’s Palace Theatre.

Under Collins’ direction, McGeary’s will undergo remodeling and renovations during the next several weeks, and she’s hoping to launch sometime in early September.

“It’s not going to replace the Lark Tavern, but I need to make some money,” Collins said on Friday night at the downtown Albany restaurant Dale Miller, where she had just finished a charity bartending stint.

In keeping with her dedication to the Nippertown artistic community, Collins hopes to utilize McGeary’s as an exhibit space for local artists, as well as a performance space for area musicians.

“We’re still working on the space,” Collins admits, “but I hope to have the weekly Wednesday night open mic night with MotherJudge, as well as the regular monthly Monday night bands, back in rotation very soon.”

The downtown move isn’t necessarily where Collins plans to land permanently, however.

“I’m still waiting for the right place on Lark Street,” she said.