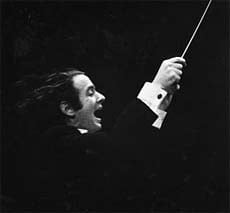 The multi-talented, genre-smashing musician-composer-conductor David Amram will be honored with an 80th birthday celebration and cruise on Friday, September 17 in Lake George.

The celebration – which has been dubbed “David Amram: The First 80 Years” – will begin at the Shoreline Restaurant at 6pm with a birthday cake and several brief testimonials by several key people who were involved in Lake George Opera’s 1968 world premiere production of Amram’s opera, “Twelfth Night.”

The cruise on The Adirondac will begin boarding at 7pm and will leave the Shoreline dock a half-hour later. The cruise will feature food and drink, as well as a jazz performance by the David Amram Quartet.

By the way, Amram’s 80th birthday doesn’t really roll around on the calendar until November 17 – but that’s no reason to get in the way of a grand party.

Here’s the line-up for the 2010 festival in Shepard Park: