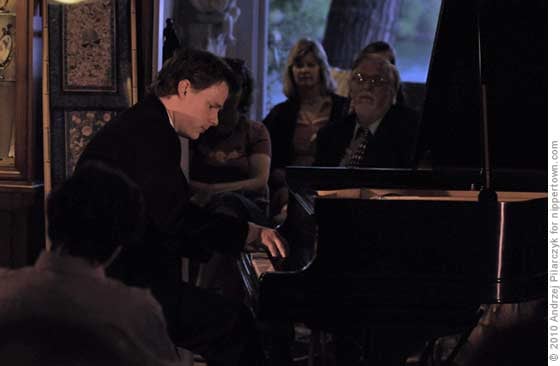 Exquisite classical pianist Christopher Johnson is a man truly obsessed by music. He possesses the sensitive soul of Frederic Chopin and the dark, passionate fury of Franz Liszt. He knows intuitively all the subtle nuances and thunderous notes his fingers can squeeze out any properly tuned grand piano.

In the early 1900s salon-styled room plastered from floor to ceiling with the paintings, sculptures and mementos of the late great opera diva Marcella Sembrich, Johnson obviously felt at home and inspired behind the keyboard, as he launched into a wonderful interpretation of Beethoven’s “Sonata Opus 53 in C Major ‘Waldstein.'”

With his eyes closed, Johnson’s head bobbed to the shifting rhythms as his fingers cajoled the inner beauty from the composition’s three movements.

Not a cough nor a fidget could be heard during the 25-minute work as the full-house followed every note, transfixed. Johnson finished on the razor’s edge of perfection, as the appreciative applause washed over him and filled the room.

A much shorter piece followed, Debussy’s “Clair de lune,” and the first set ended with the solo piano version of Ravel’s “La Valse.” It was evident that Johnson’s commitment to these pieces was no less soulful than to the earlier Beethoven opus. His interpretation of all the works was nothing less than magnificent.

The intermission paved the way for Barber’s “Sonata for Piano, Opus 26” with its four difficult movements that proved to be another seemingly effortless exercise for Johnson’s masterful technique.

Throughout his career, Christopher Johnson has dazzled audiences around the world- from Europe to South America to Lincoln Center’s Alice Tully Hall. A polished and precious gem of a musician, Johnson has dedicated his life and spirit to the music, and we are fortunate indeed to have him perform here in the Capital Region at Bolton Landing’s Sembrich Opera Museum at least once every season since 2007. 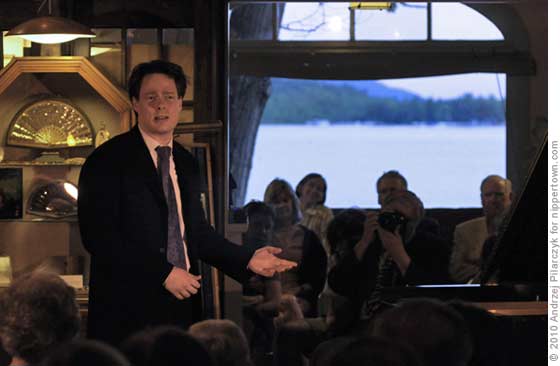