Tony Butala, What Was the First Album You Ever Bought? 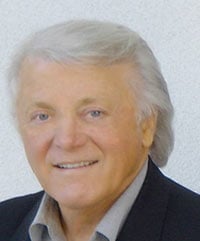 “Yeah, the first record album that I ever bought was ‘Four Freshmen and 5 Trombones.’ Back in those days, they came as six double-sided singles in an album.

“At home, my parents had the Mills Brothers, and I definitely remember those. But the first one that I bought was ‘Four Freshmen and 5 Trombones’ when I was in high school. I love those four-part modern harmonies.”

Founding member Tony Butala leads the current incarnation of the Lettermen into the Mahaiwe Performing Arts Center in Great Barrington at 8pm on Friday (August 20). Tix are $42 and $57.