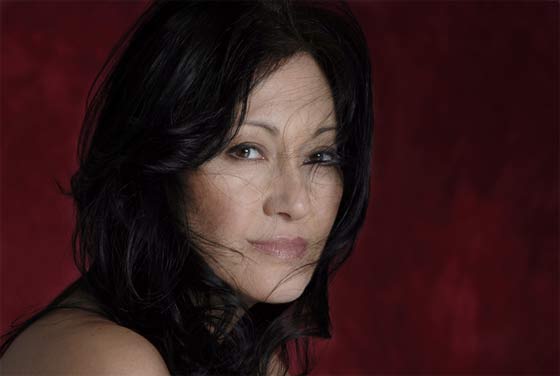 1. THE FIRST ALBUM I EVER BOUGHT WAS … It’s hard to remember that far back, but I think it was actually a single of a Beatles song. I recently uncovered a box of 45s out of my mother’s attic, and there are some great singles from the early ’70s – the Beatles, Rare Earth, the Rolling Stones. It’s a great little collection I forgot all about. I’m sure my first record is in there.

2. THE FIRST CONCERT I EVER SAW WAS … I actually don’t remember which was the first. I saw so much music growing up in the 70’s in NJ/NY metro area. There were so many clubs that had music seven nights a week, and I was in bands since I was a teenager. So music was all around me all the time. Not to mention a cloud of smoke and unmentionable activity.

3. THE FIRST MUSICAL INSTRUMENT I EVER OWNED OR PLAYED WAS … A guitar, of course. I dreamed about being Joni Mitchell when I got my first guitar, which was some cheap acoustic my parents bought me, but it sounded great. Then I got a better Yamaha and later moved onto a Martin D18.

4. THE FIRST SONG I EVER PERFORMED IN PUBLIC WAS … I’ve been performing since I was a teenager and started around 14 or so in little coffeehouses. I think one of the first songs I performed was “House of the Rising Sun,” but I also performed my own songs as soon as I started learning to play guitar.

5. THE FIRST BAND I WAS EVER IN WAS … The first band I was in was in high school. I don’t remember the name of it (remember that cloud of smoke?), but we played in a battle of the bands, and I recall we won. We played Janis Joplin tunes, Black Sabbath and Jethro Tull. OMG!! I remember I had the coolest purple bell bottom pants with little yellow and white pin stripes and I thought I was hot. Of course, I remember that, but not the name of the band. LOL!

Machan Taylor has recorded with such artists as Gov’t Mule, Moby, Hiroshima and Leonard Cohen and has toured as a vocalist with Pink Floyd, Sting, Foreigner, Pat Benatar and others. She’ll be the lead vocalist with David Malachowski & the Woodstock Allstars at a free concert in Riverfront Park in Athens at 7pm on Friday.

Taylor, David Malachowski and the Woodstock Allstars will also be performing at the Gathering of Friends at the Kaplan Farm in Millerton on Saturday. The fest runs from 3pm-2am and also features Gary Higgins, Professor Louie & the Crowmatix, Ashley Pond and the Joint Chiefs. Tix are $40.

Tonight on WEXT: J the DJ