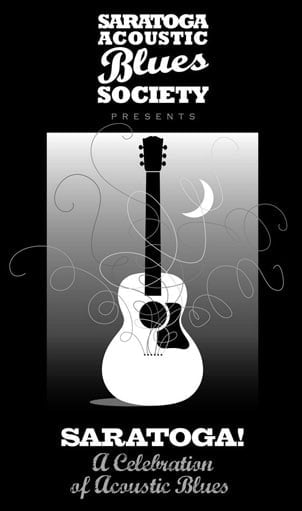 It’s a fest within a fest.

In conjunction with the Final Stretch Festival in downtown Saratoga Springs this weekend, the Saratoga Acoustic Blues Society is presenting the third annual Saratoga Blues Celebration.

But not all of the blues will be of the acoustic variety this time around.

On Saturday evening, the SABS stage will be located on Ellsworth Jones Place (formerly Grove Street) by the Saratoga City Center. The music will kick off at 7pm featuring such performers as Bluesology, Sonny Speed, Mikki Bakken and Street Corner Holler.

“The outdoor venue lends itself to a larger sound than is typically part of old school acoustic blues, so SABS has decided to go electric – to sponsor a night of electric blues in the tradition of Muddy Waters and Elmore James,” explains SABS co-founder Phil Drum.

On the following evening, Sunday, September 5, SABS returns to its usual venue, Stockade Oriental Rug Imports in the Old Firehouse. And SABS will also returns to its original mission with an all-acoustic blues show. The music will get underway at 5:30pm Sunday and will feature performances by SABS co-founders Drum and Ray Giguere along with such other Saratoga music scene mainstays as Rick Bolton & Sharon Dwyer, Jeff & Becky Walton, the Tequila Mockingbirds, Michael Eck, Rob Adkins, Glenn Weiser, the Bentwood Rockers, Ray Pashoukos, Gail Sparlin and John Sciolino.