John Scofield, What Was the First Album You Ever Bought? 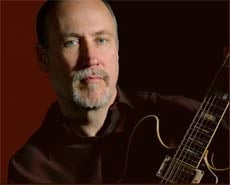 It was Beatles-era stuff for the most part, but I got into James Brown right at the same time, listening to things like ‘Papa’s Got a Brand New Bag.’ So I became an R&B fanatic by the time I was 12 years old or something like that.”