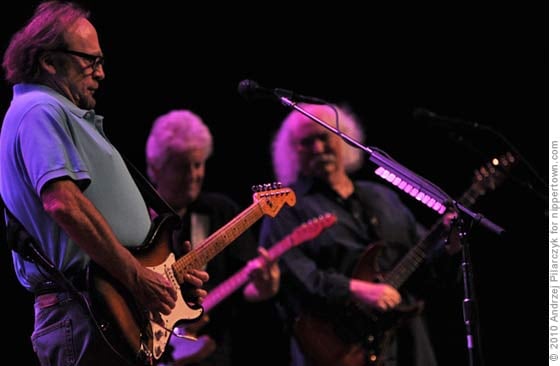 By the time we got to Tanglewood, we were 10,000 strong. Winding the car through the prestigious pine trails to a manicured hillside to watch the iconic figures, Crosby, Stills and Nash bring their summer tour to the Lenox venue. Picking up our pace and the excitement, we entered the gates to the Koussevitzky Music Shed. Families and couples were spreading their blankets, completing a tie-dye patchwork of colors across the lawn.

As the trio entered the stage, a reverent standing ovation took place. Opening with familiar tunes, “Woodstock”, “Military Madness” and “A Long Time Gone”, we knew the night would not disappoint. The strong vocal harmonies of David Crosby and Graham Nash complimented by Stephen Stills’ gruff voice and ripping guitar leads were bringing back memories from the day.

Backing the guys were Tom Caldwell on Hammond B3; Lenox native Bob Clark covered bass; and Crosby’s son James Raymond played keyboards. The Hammond B3 provided a texture not available with the synthesizers used today. Joe Vitalie, the group’s main drummer for 30 years, provided the beat, which brought the crowd to its feet.

All of the favorites were being revisited – “Just a Song Before I Go,” “Southern Cross,” “Long May You Run,” “Wooden Ships” – and this was just the first set. Nash quipped, “If we played every song we ever recorded, we’d be here f*&$ing years!” The themes of the songs revisited the turbulent political times of the ’70s and a déjà vu moment to think how much has remained the same. Nash lamented, “As a songwriter, it’s hard to write about deep shit.” But he did offer a new song, “In Your Name,” a powerful composition highlighting religious unrest, performed as a prayer to a Higher Being with the refrain “to stop killing in Your Name.”

The second set opened with just the three gentlemen taking the stage. Songs from the era by other greats like the Beatles, Rolling Stones and Dylan rounded out the program’s nostalgic trip. Standards like “Guinevere” brought the audience to their feet for a standing ovation. Feeling fully engaged in the show, the throngs of fans sang along with “Our House”, “Love the One You’re With”, and “Teach Your Children.” The performers were brought back to the stage for two encores.

How fortunate this influential group has survived the business, relationships and health issues for so long. We know, “traveling twice the speed of sound, it’s easy to get burned.” 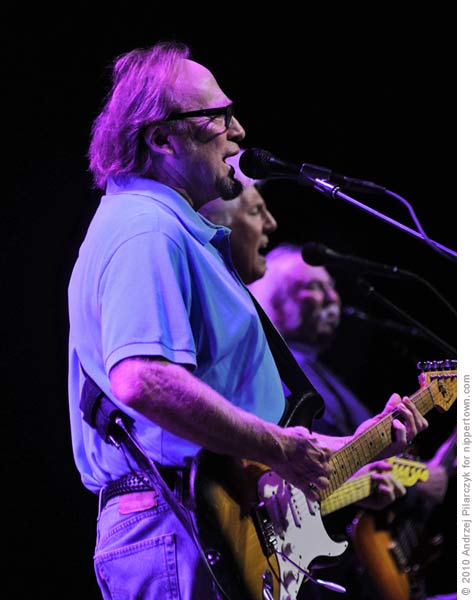